A telling story about Putin’s state of mind from a European diplomat, formerly in Moscow

With the US and Ukraine expressing scepticism about Russia’s pledge to “dramatically reduce” military activity around Kyiv, let me tell you a story.

It’s not my story, but one recounted by Ed Luce of the Financial Times. It’s not his story either. He got it from an unnamed senior European diplomat who knows Russia’s President Vladimir Putin well and was ambassador in Moscow earlier in his career.

The diplomat said that in 2016, the Russian historic archives were moved from the ministry of culture to the direct control of the presidential office. It was, Mr Luce writes, “highly irregular”. From then, Mr Putin began to delve into records that predated the Soviet Union.

“He thinks in terms of battles, maps and historic greatness. It has been his obsession for years.” Senior European diplomat, formerly in Moscow

This, as Mr Luce notes, rather negates the popular notion that Russia’s president “is motivated by resentments over Nato’s expansion since the USSR was dissolved.” Instead, the diplomat’s account suggests he sees himself in the ranks of Tsars such as Ivan the Terrible and Catherine the Great.

If the story told by the unnamed diplomat is true – and there is no reason to doubt it – Mr Putin’s apparent goal would be far larger than any peace deal cobbled together by pen-pushers and political players.

This is a dismal thought, for Ukraine and the world. 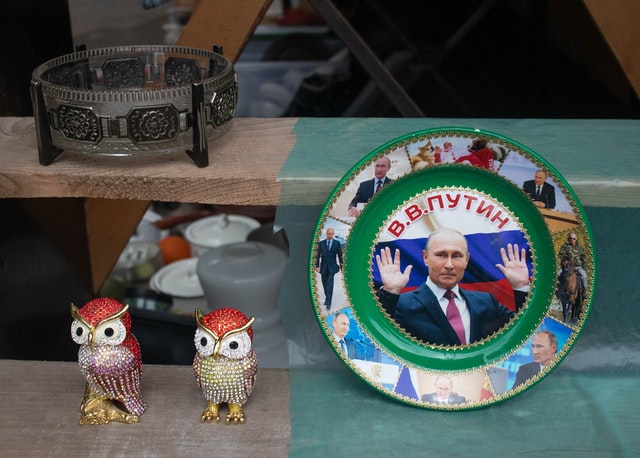