Sri Lanka is in turmoil. Pakistan is in a political flux. India is stepping proud and disdainful of calls to solidarity with those denouncing Russia’s brutal invasion of a sovereign neighbour.

Funnily enough, the only good news seemingly to be had from South Asia right now comes from Kabul.

We’ll come to that soon.

But before that Sri Lanka’s moment of crisis is a salutary lesson in economic mismanagement, not least politicians’ propensity to play politics with taxation.

Consider what’s underway in the tear-shaped island. There are growing protests over the power cuts and shortage of basic goods. President Gotabaya Rajapaksa is trying to stabilise the government. Efforts underway include forming a unity government, imposing a curfew and blocking social media sites.

Basically it comes down to the government having run out of money – foreign reserves – to pay for fuel and other imports.

Analysts say there are many root causes of Sri Lanka’s troubles, not least economic mismanagement across several administrations (not just this one), a pandemic-induced hit to tourism and foreign remittances by the diaspora, and unaffordable tax cuts passed in 2019. This one is going to be hard to solve, even with the government seeking aid from China and India.

Things aren’t much better in Pakistan but at least it’s not running out of money…yet. The Supreme Court is hearing a challenge to Prime Minister Imran Khan’s move to suspend parliament and call elections before a no-confidence vote.

It appears that Mr Khan has become a thorn in the flesh of Pakistan’s establishment, namely the military, which helped him into power but has been increasingly aghast at his decision to move closer to China and rail at America.

It’s not that Pakistan’s generals love America, just that they recognise it as  more generous with its money than the Chinese, who’re asking for loans to be repaid. (Click here for my blog from a month before Russia’s February 24 invasion of Ukraine, in which I quoted a Pakistani analyst’s take on the generals’ “ sharp sense of realism” and search for “strategic maneuverability.”

With all this going on in the rest of South Asia, news from Afghanistan is almost cheery.

For, the Taliban has banned opium poppy production.

It’s a big step for the world’s largest producer of opium. Poppy-farming has been a source of badly needed money for Afghan farmers (as well as the Taliban).

But the Taliban seems anxious s to assuage international concerns regarding drug control, a sign they may be less tin-eared or persuadable than many believe. 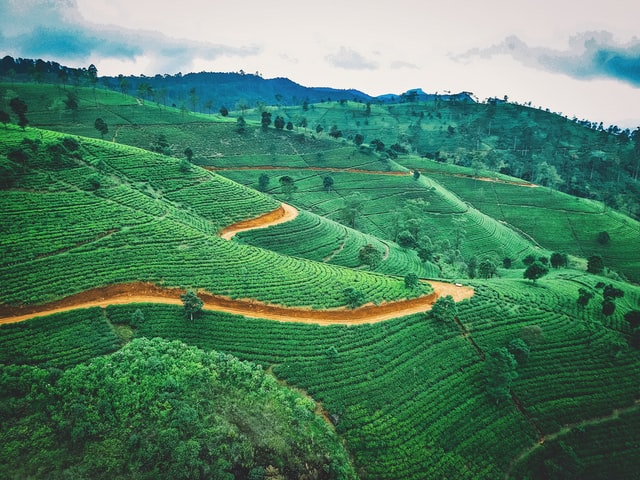