61 years ago, Gagarin became the first man in space. It’s still worth celebrating

These days, it’s thought to be in bad taste to praise Russia or Russians for anything at all, but perhaps we should suspend such sentiments on April 12, the 61st anniversary of Yuri Gagarin becoming the first man in space.

That would be appropriate, considering Gagarin is a popular hero everywhere. A 2010 survey by the non-profit Space Foundation found him  to be the sixth-most-popular space hero, tied with the fictional character James Kirk from ‘Star Trek’.

In Russia, April 12 is known as Cosmonautics Day and Russians are sincere in their admiration for their favourite son. In Russia, a mountain, a glacier, a square in Moscow, the cosmonaut training centre, the Baikonur Cosmodrome launch pad and the Air Force Academy are named after Gagarin. So are lots of Russian babies, especially those born in the 1960s and 1970s.

Gagarin’s name lives on in Warsaw, Poland, which has Yuri Gagarin Street; in Armenia, which has a town called Gagarin and in Chernihiv, now known for Russia’s bombing campaign in Ukraine, a stadium that Gagarin visited is named after him.

In Greenwich, England, a statue of the young man stands outside the Royal Observatory. It was brought down to south east London in 2012 from its earlier, more prominent perch in central London.

NASA’s original headquarters in Houston also has a Gagarin statue.

Indeed, Gagarin was a remarkable poster boy for the Soviet Union, touring and wowing the world. In Lucknow, north India, my grandmother attended a Gagarin address and spoke of him long after.

In Mumbai, western India, Gagarin dazzled a young student at a tea party. Jawid Laiq asked Gagarin about quenching thirst during the space flight and later wrote about the response from “this gentle, humble young man”: “In broken English and sign language, he patiently explained that he sucked water through a tube attached to a rubber-like ball which had to be squeezed. On parting, he presented me with a small pin with a tiny replica of the Vostok space capsule.”

Gagarin’s home, in Klushino village in Smolensk oblast, is a museum and there are numerous others dotted around the region. Gzhatsk, the town in which he grew up, is named Gagarin, like a giant museum to the exploits of its most famous inhabitant.

We’ll next look at those exploits. Was Gagarin really that extraordinary? 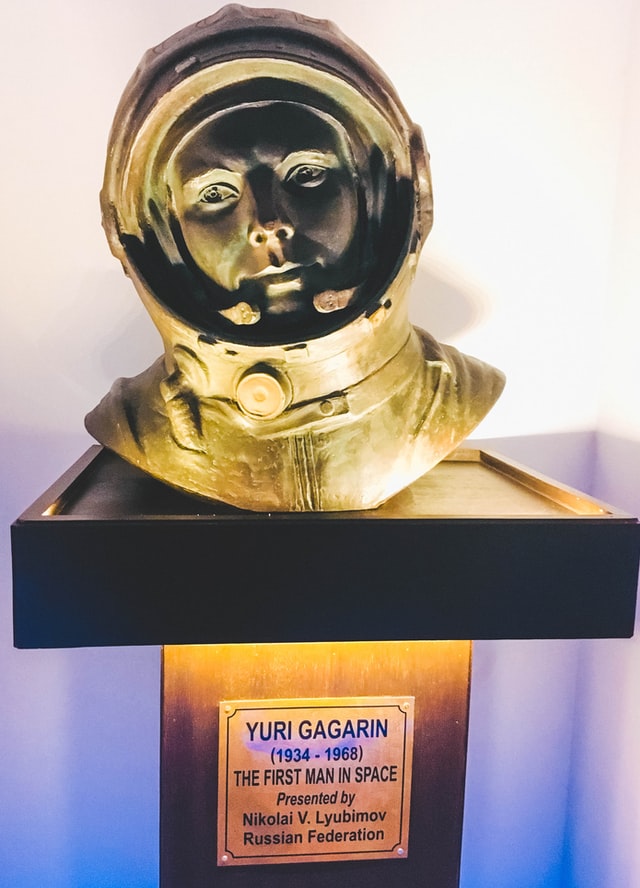