Myanmar and the attempted resurrection

This Easter, Myanmar’s generals tried to resurrect their country’s standing in the world, as well as ease of access to it. On April 17, international passenger flights to Myanmar resumed, ending a two-year pandemic-induced ban on foreign tourists.

The process of releasing more than 1,600 prisoners was also begun, though that did not include political detainees such as Myanmar’s deposed leader Aung San Suu Kyi and her Australian economic policy adviser, Sean Turnell.

But the attempt to change Myanmar’s welcome is unlikely to bring back the world or alter the way it sees the southeast Asian country. Something much worse than a pandemic is infecting the air around Myanmar. The coup by the generals in February 2021 has led to street protests. A military crackdown has followed, sending Myanmar’s economy and especially, its tourism industry into freefall.

As previously noted, in my piece on Sai, the multi-media Myanmar artist, a report by the United Nations special rapporteur on Myanmar says the situation is troubling.

The report, by Thomas Andrews, was published one year after the military junta seized power on February 1, 2021. It said the military had shown flagrant disregard for human life and deliberately targeted civilians using weapons provided by UN Security Council members China and Russia. Mr Andrews said the junta had murdered more than 1,600 civilians, detained more than 10,000, displaced more than half a million and destroyed more than 4,500 homes, all while spreading armed conflict to regions previously at peace.

Resurrecting hope in the midst of such despair is not impossible but it is difficult and needs a lot more than anodyne measures like allowing the return of tourists. 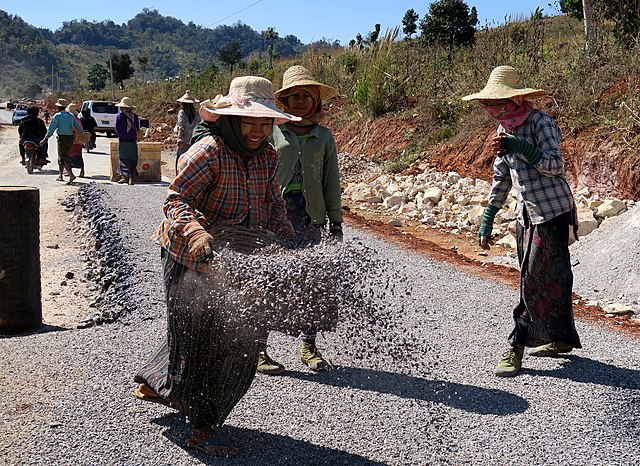