With the French elections coming to an end, it’s a good time to think of other cheesy woes.

Not least the inherent problems with being a cheese lover at this point of time.

According to reports, prices are soaring, even for the mildest of cheddars. Supply shortages and inflation are making cheese a desirable commodity to steal. Not too long ago, thieves appropriated 1,600 kilos of cheese from a Dutch dairy farm. Apparently the last such cheese robbery was in Italy in 2018, when thieves stole 271 wheels of organic Parmesan, weighing 12,500 kilos. In 2016, a truck with 10,000 kilos of cheese was stolen in Wisconsin.

The Financial Times says (paywall) that the US benchmark price for cheese is akin to a barrel of West Texas Intermediate for oil and is set by 40-pound blocks of cheddar trading on the Chicago Mercantile Exchange. At this point of time, the cheddar blocks are trading at about $2.23 a pound, which is a third higher since the start of 2021. The EEX Weekly European Cheese Indices shows a 44 per cent price rise for mozzarella since November. British cheddar too has become 55 per cent more expensive in the past two years and blue cheese in France has gained by a fifth, according to Tridge, a food and agricultural products data analytics provider.

The reasons are obvious. Milk supply is tight. Cattle feed is dearer. So is anhydrous milk fat, a core dairy product.

Cheese is not quite gold; it may be even better because you can eat it. 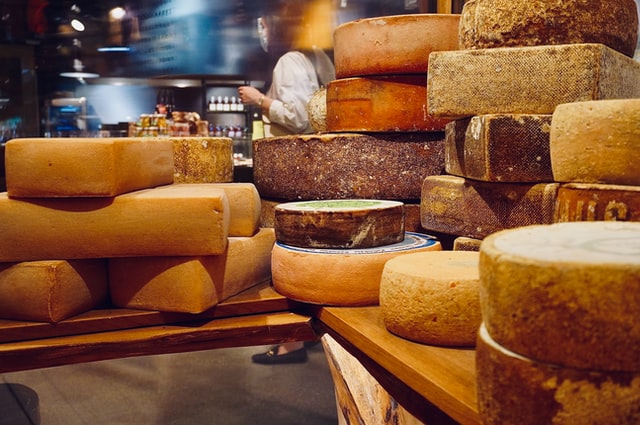