Orban’s theories and practices on ‘the great replacement’

Hopes for an agreement on the sixth sanctions package against Russia ahead of next week’s European Union summit are diminishing as Hungary emerges defiant. This is relevant in the context of the widening chasm between Brussels and Budapest over rule of law standards.

Viktor Orban’s Hungary is a law unto itself.

And the American right wing is actively trying to learn from the master.

Fox News anchor Tucker Carlson, for instance,  pays nightly obeisance to the racist conspiracy theory that Mr Orban has propagated for years. The “great replacement” theory posits that immigrants are part of political project to undermine or even wipe out native-born populations. It has informed and triggered mass shooters – in a mosque in Christchurch, New Zealand in 2019, and on May 14, 2022, in a Buffalo supermarket in New York.

The American right believes that Mr Orban is dealing with demographic peril as he should – with firmness and cultural clarity.

Instead of promising the nation’s wealth to every illegal immigrant from the Third World, they’re using tax dollars to uplift their own people – Tucker Carlson

Mr Orban has put in place policies to boost Hungary’s low birthrates while stymying immigration. Roughly five per cent of Hungary’s gross domestic product is spent on programmes that incentivise families to have children, not least income tax exemptions for mothers with three children, sizeable loans for married couples willing to procreate and a national in vitro fertilisation scheme for women under 40.

Mr Carlson has praised Mr Orban’s efforts. In 2019, he said: “Hungary’s leaders actually care about making sure their own people thrive. Instead of promising the nation’s wealth to every illegal immigrant from the Third World, they’re using tax dollars to uplift their own people.”

He paints a compelling word picture, one that all too many, including deranged mass shooters believe. 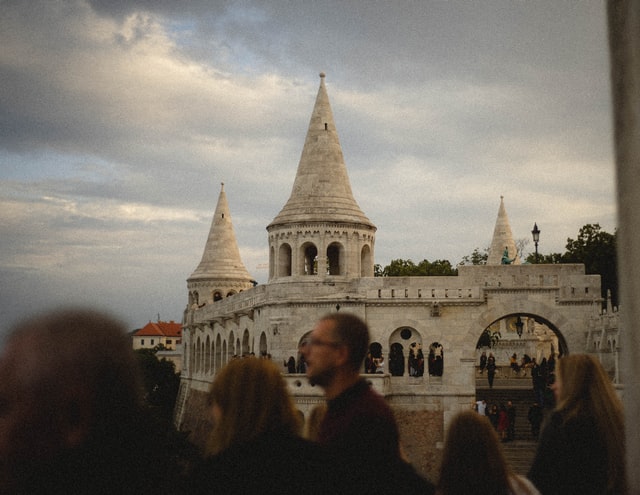