Queen Elizabeth II’s four-day Platinum Jubilee celebration is over, but the fun needn’t stop. Consider some of the more weird facts and figures about this monarch, who has reigned 70 years:

** She is monarch of 43 countries, territories and dependencies other than the UK, according to Adam Ramsay in openDemocracy. (Go right to the end to see the specifics* of what she reigns over.)

** In 1952, when she came to the throne, the Queen served as head of state in 18 additional countries, which have since become republics.

** Though the new Australian government notably has an “assistant minister for the republic”, Australians voted 55 per cent to 45 per cent in 1999 to keep the monarchy and Prime Minister Anthony Albanese has said another referendum won’t be a top priority.

** Queen Elizabeth II is only the third-longest reigning sovereign in recorded history, the longest reigning being France’s Louis XIV, also known as the Sun King, who ruled for 72 years, 110 days.

** The British Queen will soon overtake the 70 years and 126 days record of Thailand’s Rama IX, Thailand, and will then become the second-longest reigning sovereign in recorded history.

Stasis, cuke sandwiches…and more on the menu, this royal jubilee

‘It’s possible to admire the Queen without envying her’ 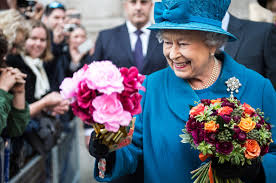