London’s ‘brassy summer’ is like a Pritchett short story

These last few days of British weather reminded me of V S Pritchett, the prolific English short story writer, it has been so brilliant and bright. The sun shining on London streets may be a strange reason to think of a man who went by the rather pompous sounding name Victor Sawdon and who  was born 122 years ago and has been dead a quarter-century.

But the weather, of late, has been the sort that featured in one of my favourite Pritchett short stories: bright, brassy, offering a louche invitation to throw off the carapace of unnecessary clothing, bare one’s neck, arms and lower limbs and let the toes peek out of beach sandals on a London street.

In Pritchett’s words, we are “in the middle of one of those brassy fortnights of the London summer when English life, as we usually know it, is at a standstill, and everyone changes. A new grinning healthy race with long red necks sticking out of open shirts and blouses appears, and the sun brings out the variety of faces and bodies.”

That is a quote from ‘When my Girl Comes Home’, a short story that Pritchett wrote in 1961 and regarded as his favourite. He had a rather large corpus from which to choose, and together, they have been lauded as an incomparable canon, indeed some of “the best English language short stories of the last hundred years”.

So, what might happen in a brassy fortnight of London summer?

According to Pritchett, “People looked calm, happy and open. There was hardly ever a cloud in the sky, the slate roofs looked like steel with the sun’s rays hitting them, and the side streets were cool in sharp shadow. It was a pleasant time for walking, especially when the sky went whitish in the distances of the city in the evening and when the streets had a dry pleasant smell and the glass of millions of windows had a motionless but not excluding stare. Even a tailor working late above a closed shop looked pleased to be going on working, while everyone else was out, wearing out their clothes.”

There are surface similarities today – the brassiness, indeed – and yet, there is a profound difference. Today’s Britain is so very different from the 1960s, when Pritchett had already lived six decades and seen the country change beyond all imagining. 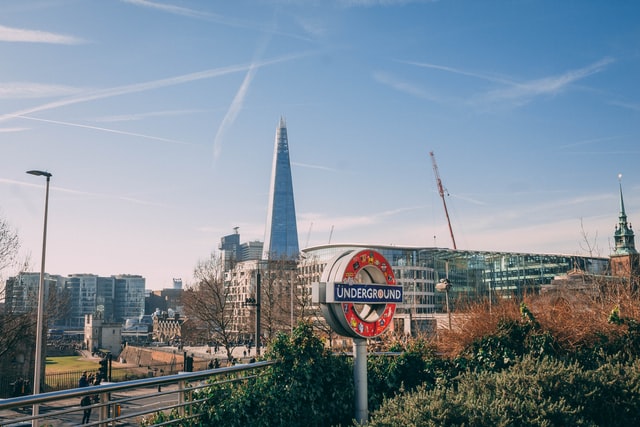