Sometimes, of a Sunday, we make Ceci e pasta. Or Pasta e ceci. The order of the words depends, I suppose, on which bit of the dish you want to emphasise – the pasta or the chickpeas.

When it’s very soupy, the ceci is the life of the dish, but if the pasta dominates, it is more like a stew, one that is rounded out by chickpeas.

The combination of pasta and chickpeas is said to be traditional to Rome with Rome-based English food writer Rachel Roddy writing in The Guardian that “it has a history almost as long as the city itself, dating back at least 2,000 years.” Nigella Lawson, whose recipe for Ceci e pasta first inspired me to try the concoction, offers the same origin story. This seemed to make sense as the remains of chickpeas have been found in the volcanic lava preserved surrounds of Herculaneum, an ancient town destroyed by the eruption of Mount Vesuvius in 79 AD. ‘Apicius’, an ancient Roman cookbook is also said to have several chickpea recipes.

But then I read something that suggested Pasta e ceci was a Tuscan dish, one that came from “the poor Tuscan tradition and it is rich because it puts together carbohydrates and proteins”.

After that, I stopped trying to ascertain where Ceci e pasta/ Pasta e ceci belongs, but only considered how best it might be cooked. There are a slew of recipes that suggest the addition of anchovies, celery and onion but to my mind, simple is best, all the better not to distract from the pure goodness of the fab four of flavours – chickpeas, garlic, tomatoes and black pepper.

Boil the chickpeas with some bay leaves, garlic and olive oil, then pour in  blitzed tomatoes and leave to simmer for 20 minutes. Finish by cooking pasta in the broth. Festoon ladlefuls with chopped parsley, grated parmesan and a twist of pepper.

Simmered to silkiness and oozing perfection, it is a more-ish dish. 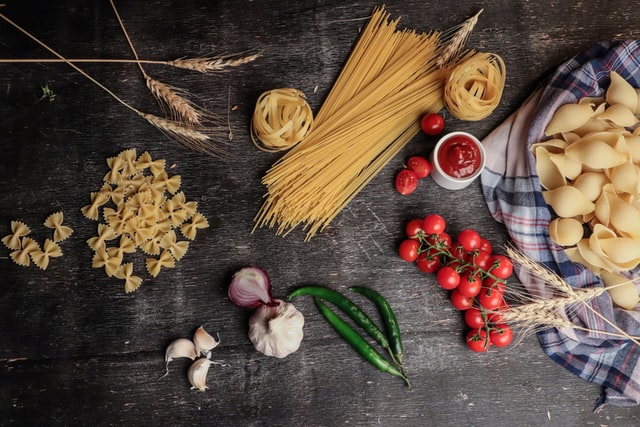