One may well wonder the Christian right’s eventual goal for America, in the aftermath of the US supreme court decision to overrule Roe v. Wade, the landmark 1973 ruling that declared a constitutional right to abortion.

Is it planning on creating a theological dystopia, a prison with respect to reproductive rights, something similar to the Gilead depicted in Margaret Atwood’s 1985 novel ‘The Handmaid’s Tale’?

According to Hilary Clinton, the goal is to oppress women. To what point, she doesn’t say.

Actually, she says, there is no endpoint.

In her ‘Lunch with the FT’, Mrs Clinton said that Roe’s reversal would allow some US states to make it illegal to abort after rape and incest; while one state – “and this is hard even to speak about” – would require the woman to get the permission of her rapist before aborting. Other states, she said, plan to criminalise women who have the procedure in states where it is legal.

She went on: “The level of insidious rulemaking to further oppress women almost knows no end. You look at this and how could you not but think that Margaret Atwood was a prophet? She’s not just a brilliant writer, she was a prophet.”

The former secretary of state is scornful of Justice Samuel Alito, who wrote the majority opinion overruling Roe v. Wade. She recalled that as a senator, she voted against his confirmation. “I found Alito was the kind of young man who when he was at Princeton railed against coeducation, railed against letting women into the eating clubs, and that was all in the background that I read,” she recalls. “He honestly struck me as one of those very self-righteous types seeking to remake society.”

A US supreme court justice who spent his university years railing against letting women into the eating clubs?

There are echoes of another conservative man, Haibatullah Akhundzada, religious leader of the Taliban in Afghanistan, a world away from America.

But to be fair, a few centuries – along with those thousands of kilometres – do separate the thinking of the two men. We’ll explore that next. 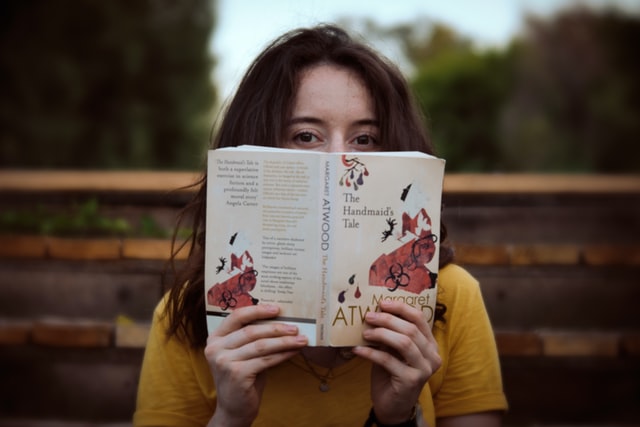