The killings have drawn widespread international condemnation, including a US warning that “there can be no business as usual with this regime”. The regionally influential Association of Southeast Asian Nations (ASEAN), of which Myanmar is a member, said the executions are “highly reprehensible”.

But Myanmar’s government, led for the past 17 months by military chief General Min Aung Hlaing, remains defiant. Defending its execution of the “criminals”, it said the killings weren’t “personal”, just entirely deserved. It added that this was “justice for the people”.

Britain’s Channel 4 coincidentally screened a long-scheduled documentary ‘Myanmar: The Forgotten Revolution’ on 25 July, just hours after the executions became international news. Using footage shot by anonymous activists in the country, the chilling programme starts in February 2021, when protests erupted after the military coup against Aung San Suu Kyi’s elected government. It shows the overwhelmingly youthful protesters’ horror when their army starts to shoot them dead on the streets of Myanmar’s cities and towns.

The documentary, which seeks to force global attention onto what it calls ‘the world’s forgotten civil war’, comes amid growing calls for Myanmar to be internationally ostracised.

Malaysia’s foreign minister Saifuddin Abdullah has grimly noted the timing of the executions, saying they needed to be taken “very, very seriously” as they seemed to make “a mockery” of an ASEAN-led peace plan to facilitate dialogue between Myanmar’s military leaders and opponents.

The United Nations special rapporteur on Myanmar, Thomas Andrews, said the execution of “patriots and champions of human rights and democracy” was “depraved” and “must be a turning point for the international community”.

Here’s your guide to what’s happening in Myanmar.

What do we know about the executions?

The four people executed by the junta were an eclectic group that included a rapper-turned-politician and a middle-aged writer who rose to prominence as a student protesting against a previous military regime.

The junta accused all four of conspiring to commit ‘terror acts’, its omnibus term for the post-coup peaceful protests that soon escalated to armed resistance, which includes the campaign waged by the People’s Defence Force.

Following secretive closed-door trials, the men were sentenced to death in January and April. The government affirmed its intention to execute all four last month, but did not set a date.

The Assistance Association of Political Prisoners (AAPP), an activist organisation that tracks killings and arrests in Myanmar, says that 113 others have also been sentenced to death – 41 of whom were convicted in absentia. The organisation claims 14,883 people have been arrested and 2,123 killed by military forces since the coup in February 2021.

Under Myanmar’s junta, art has become an act of resistance

Who were the men executed?

Phyo Zeya Thaw, 41, was a rapper who briefly served as a member of parliament belonging to Suu Kyi’s party. He helped found Generation Wave, a youth movement that campaigns against military rule. He once said he “wanted to express the people’s desire” and in a lively documentary, raised his T-shirt to reveal the tattoo of a microphone set within a map of Myanmar on his back.

Kyaw Min Yu, a 53-year-old activist better known as Ko Jimmy, became prominent as a member of the so-called ‘88 generation’, a group of students who, in 1998, rose up in protest against the long-ruling military dictatorship. He is the author of the 2005 bestselling self-help book, ‘Making friendship’, as well as the 2010 novel ‘The Moon in Inle Lake’, and a number of politically astute postmodern short stories, which were published in Japan under a pseudonym. He has also translated several English-language novels, including ‘The Da Vinci Code’, into Burmese.

Hla Myo Aung and Aung Thura Zaw were protesters from Myanmar’s largest city, Yangon, according to the AAPP. Both were sentenced to death in April, accused of killing a woman who was suspected of being a military informant.

Why has the junta done this and why now?

Some analysts say the junta may be in a bind, worried about the persistence and growing fury of the nationwide protests but seemingly without a face-saving way to de-escalate tensions.

The army said it seized power and declared a state of emergency because of concerns of widespread electoral fraud in the November 2020 election. Suu Kyi, who officially held the title of state counsellor, and President U Win Myint were detained, and have both since been sentenced to several lengthy prison terms.

On the streets, though, observers note that the situation has changed dramatically since the coup. What began as rallies and civil disobedience campaigns by largely peaceful protesters has become violent attacks in urban centres and guerrilla campaigns in rural districts.

Myanmar’s military is reportedly beset by low morale, if news of the 2,500 defections is to be believed

Writing for Australian think tank The Lowy Institute, Myanmar expert Andrew Selth, an adjunct professor at the Griffith Asia Institute at Griffith University, Brisbane, said that the country’s military, officially known as Tatmadaw, is considered “the largest armed force in South-East Asia after Vietnam’s, and possibly the 11th largest in the world”.

But right now, Selth said, “it is clearly stretched thinly and is facing a number of major challenges”. These include “armed resistance from anything up to 250 loosely organised local defence groups, urban resistance cells and ethnic armed organisations”, which could be upwards of 50,000 altogether.

He added that the Tatmadaw is reportedly beset by low morale, if news of the 2,500 defections is to be believed, and “the generals are worried” enough to be “considering the introduction of conscription”.

What will happen next?

Activists say there is growing concern that the junta may go on a ‘killing spree’, executing many more prisoners to thumb its nose at the wider world. Observers fear that these executions – the country’s first in decades – could set off a violent spiral in which protesters intensify their resistance, while the authorities respond by cracking down even harder.

Myanmar also faces economic and political uncertainty, both on the regional and international stage. It already faces sanctions from several countries including the US and UK, as well as the European Union. After the executions, Australia’s foreign minister Penny Wong warned of further sanctions, while her Malaysian counterpart said Myanmar should not be allowed to send political representatives to any international ministerial-level meetings. 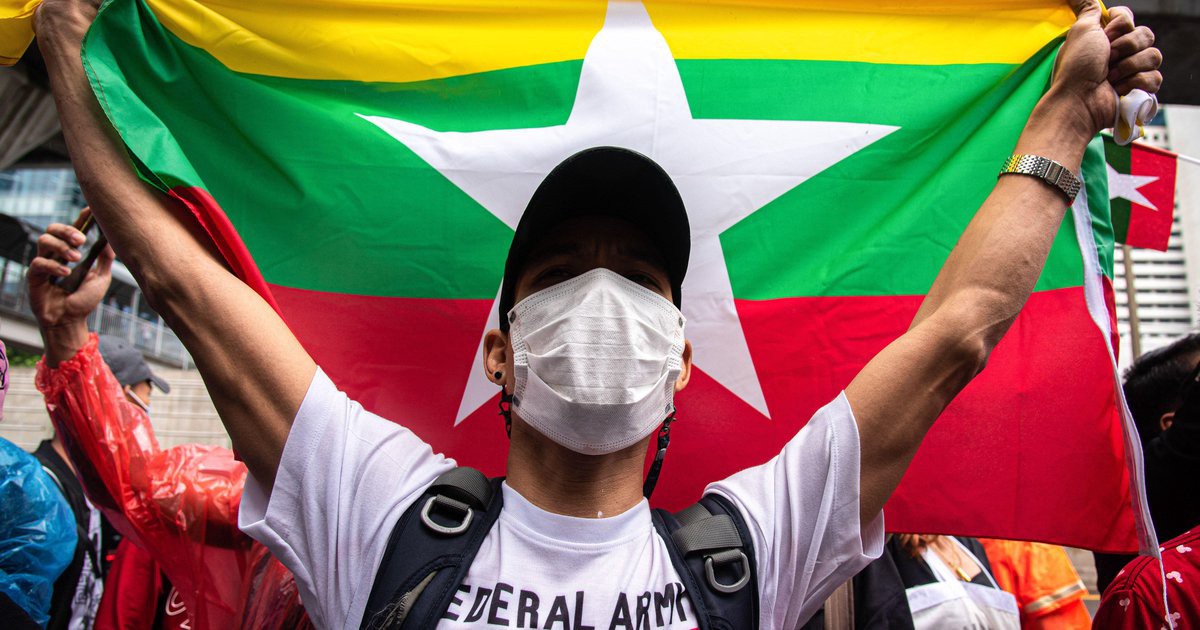