Ayman Al Zawahiri died many times over – in the headlines. But on August 1, he did it for good. And in that final act, the 71-year-old Al Qaeda leader gave his hated enemy, America, a gift that’s increasingly rare these days: – the chance to awe the world.

In taking out Al Zawahiri, the US conducted a shock and awe operation. The shock is that it continued to track the militant more than two decades after 9/11 and that it found him.

The awe is about its ability to conduct “over-the-horizon” counterterrorism operations in a country where the US no longer has a functioning embassy nor the overt support of the Afghan government and army.

When Joe Biden announced that a US drone had killed Al Zawahiri, the  surgeon who forensically plotted the 9/11 attacks alongside Osama bin Laden, it’s fair to say there was a kind of hush all over the world.

There was the precision with which US intelligence tracked down the Egyptian doctor and Al Qaeda leader in Kabul, not far from embassies and key government buildings. And there was the deadly pinpoint accuracy of the two Hellfire missiles, which killed Al Zawahri as he stepped on to the balcony of his safe house in downtown Kabul. The US president ordered what officials called a “tailored airstrike”, designed to destroy only the balcony of the house, sparing its other occupants.

The sequence of events has thrown up more questions than answers.

What was Al Zawahri doing in Kabul anyway, just months after the Taliban’s reconquest of Afghanistan?

What about the Taliban’s stated commitment in the Doha accord it signed with the Americans to keeping Al Qaeda out of Afghanistan?

Did the Taliban snitch on Al Zawahiri and earn itself a massive cash prize as well as brownie points in its testy relationship with the US? The house in which Al Zawahiri was living was owned by a close aide to Sirajuddin Haqqani, the Taliban’s acting interior minister.

The Taliban has responded to the US drone strike with the usual lament that America violated Afghan sovereignty. US secretary of state Anthony Blinken has accused the Taliban of violating the Doha agreement.

A lot of this appears to be shadow-boxing, the games governments play in public to distract. 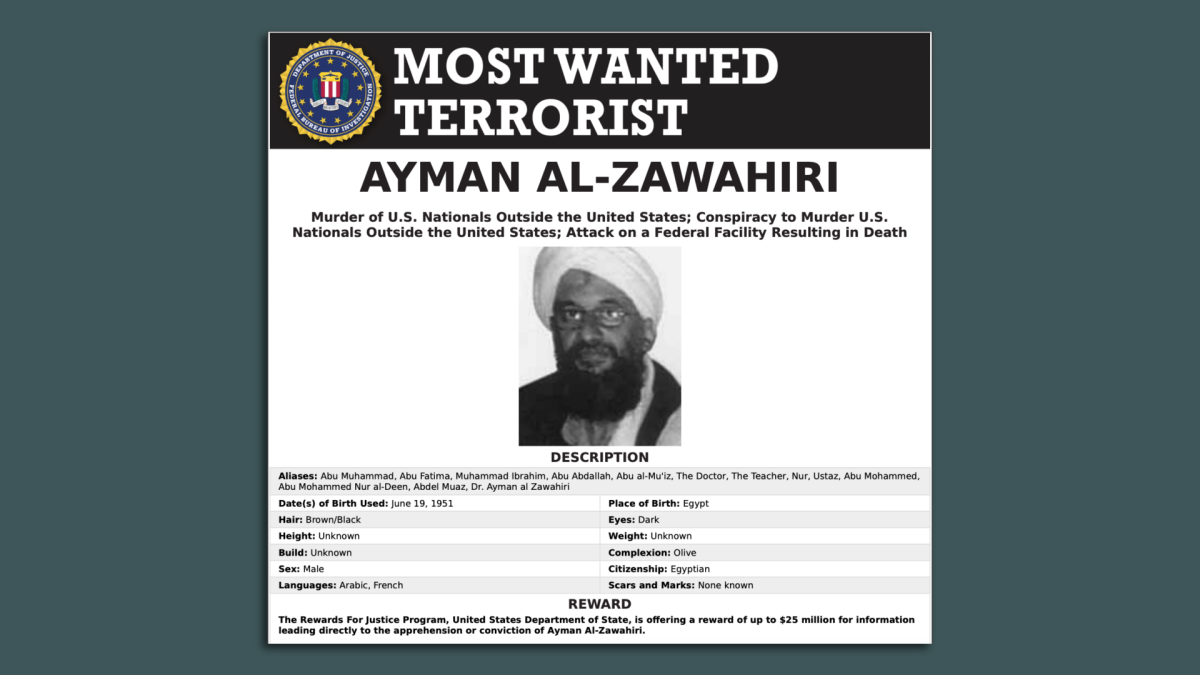