India and Afghanistan now share an independence day. At least, according to the Taliban.

August 15 has been Indian Independence Day for 75 years. (Click here for my openDemocracy piece.)

But the Afghan notion of August 15 as independence day is very new. For the past year, the Taliban have been saying their August 15 reconquest of Afghanistan marks the country’s liberation. Back in 2021, they celebrated the date as independence day. A year later, they marked it as a public holiday, making occasionally oblique or platitudinous reference to it as “The Proud Day of Aug. 15″ and the “First Anniversary of the Return to Power.”

Not everyone in Afghanistan – or the large Afghan diaspora – sees August 15 as a liberation but here’s the funny thing. The date is not far off from the one – August 19 – that Afghanistan has usually celebrated as Independence Day and a national holiday. On August 19, 1919, the Anglo-Afghan Treaty marked Britain relinquishing its hold on the protectorate it controlled since the 1879 Treaty of Gandamak.

To be fair, it’s a moot point if that historical change of status was more momentous than August 15, 2021, although the last is not a liberation for so many Afghans.

Psst: ‘The Pomegranate Peace’, the novel I wrote from my year living in the US Embassy complex in Kabul, Afghanistan is available here as an ebook and here as a paperback. Click here to read the Huffington Post review.

Afghanistan, one year after the Taliban’s reconquest: Sunshine and showers? 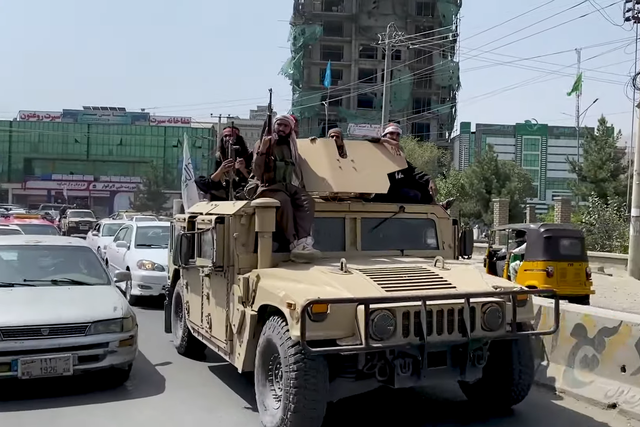