Back to black: What Afghanistan’s new focus on coal tells us

In the year since the Americans left Kabul, giving way to the Taliban waiting at the gate, Afghanistan’s economy has headed in a distinctly old-fashioned direction.

The country is increasingly reliant on the export of coal, a non-renewable fossil fuel that is considered the dirtiest, most polluting way of producing energy – the complete antithesis of a green, sustainable strategy for a country’s future.

What’s more, Afghanistan’s coal mines are not up to modern safety “standards”, according to an Afghan official in Kabul who requested anonymity. Media reports from the northern Afghan province of Samangan describe conditions from a bygone age, with adolescent miners spending between 12 and 15 hours a day crouched in six-foot-wide tunnels, “chipping away at the coal by hand”.

The Afghan official told openDemocracy that the country’s mines are “labour intensive, don’t use high technology and machinery and only provide risky work, without safeguards or insurance”. “But,” they added, explaining how such mines continue to find willing workers, “so many Afghans are starving, they don’t even care about their own life”.

In February, a coal mine collapsed in the northern province of Baghlan, leaving at least ten people dead.

As well as exporting coal, the Taliban are pushing it as a source of domestic energy. In April, Taliban deputy prime minister Abdul Ghani Baradar issued a statement instructing a slew of ministries to work “to generate electricity from coal in industrial parks, large cities and other such areas” and a spokesman for the Ministry of Mines and Petroleum subsequently said that the private sector can invest in coal mines. This is a back-to-the-future approach for a country that has thus far supplied the bulk of its energy needs through imports.

But the Taliban are cash-strapped and trying to fill the huge economic hole left by the withdrawal of international aid, which made up three-quarters of the previous Western-backed government’s budget. That, combined with continuing sanctions, the freezing of $9bn in foreign reserves and the international isolation imposed by the West, has left the Taliban desperate.

Janaqa Naveed, public relations director of the Afghanistan Chamber of Commerce and Investment (ACCI), said Afghanistan needs to produce more energy – and coal may be the cheapest way to do it.

“More than 50% of people don’t have electricity,” he told openDemocracy. “We need power plants that use coal for domestic energy generation. Of course, we don’t want to do this and if the world community wants to help us make clean energy, solar power, we have the ideal conditions – 300 sunny days (a year).”

For now, the push towards coal as the main source of domestic energy may be no more than an aspiration and it is the surge in coal exports that is the clearest indicator of Afghanistan’s attempt to tread an old-style economic path.

According to a July report on cross-border trade, Afghanistan’s coal exports to Pakistan have doubled to approximately four million metric tonnes annually since the fall of President Ashraf Ghani’s government. “We didn’t expect to see the expansion of coal as significant as this,” said Richard Brittan, the founder of Alcis, which produced the report along with economist David Mansfield, using fieldwork, high-resolution satellite imagery and geospatial analysis. “What we could see from space is that there is no regard to the environment and the careful management of resources (in the mining activity),” he added.

According to the ACCI, which calls itself “the voice of Afghanistan’s private sector” and counts coal companies among its 65,000 members across the country, coal exports to Pakistan totalled 1.1 million metric tonnes in the first quarter of this year.

“Several Afghan companies are involved in the coal trade,” said Naveed. “We have to sell coal, the economic situation is not good and we need money to buy necessary goods and import food from Pakistan, such as milk, bananas, chickens, electric fans and electronics.” In March, the UN’s World Food Program (WFP) said food prices in Afghanistan had risen nearly 40% since August 2021. According to updated WFP estimates, 22.8 million Afghans face acute food insecurity and 8.7 million face emergency-level food insecurity.

Mansfield, a leading expert on Afghanistan and its rural livelihoods, said “there have been significant changes in the types of trade” under the Taliban. The country has gone from “an economy with greater diversity in consumer and luxury goods to a basic-needs economy,” he told openDemocracy.

Most notable has been the massive increase in coal exports, which Mansfield said became obvious from November, when “the borders started to get more organised by the Taliban by regulating and controlling border points.”

The Alcis report notes that the Taliban have moved quickly to “centralise revenue collection on cross-border trade through the Ministry of Finance”. They dismantled “the network of roadside checkpoints that had collected rents for powerbrokers in the provinces, as well as checkpoints operated by the Taliban as insurgents… closed smuggling routes that had previously generated revenues for both Taliban factions and local powerbrokers.” These efforts have “drastically reduced corruption and effectively disassembled a political settlement that rested on a system of patronage,” the report adds.

No matter the difference in numbers, it is agreed that the Taliban have substantially raised royalties on coal exports. With the price of coal having shot up soon after their reconquest of Afghanistan, the royalties now pouring into the Taliban’s coffers make the burgeoning coal trade with Pakistan key. This revenue is central to the Taliban’s attempt to govern and stabilise the country, sans international support.

But Brittan, a quantitative analyst, cautions against drawing too much of a causal link between Western cold-shouldering of the Taliban and Afghanistan’s new focus on coal. “Yes, their assets are frozen,” he says, “yes, they are in desperate need to make a quick buck and extractives are a quick buck. But this was unforeseen.”

He may have a point. After all, Afghanistan is not the only country to focus anew on coal. The Russian invasion of Ukraine has impelled Germany, too, to restart its coal-fired power plants.

Rashmee Roshan Lall, PhD, lived and worked in Afghanistan for a year. Her 2013 novel ‘The Pomegranate Peace’, on the absurdity of US efforts in Afghanistan, has newly been launched in India in paperback by Quercus. She is on Twitter @rashmeerl and blogs at www.rashmee.com 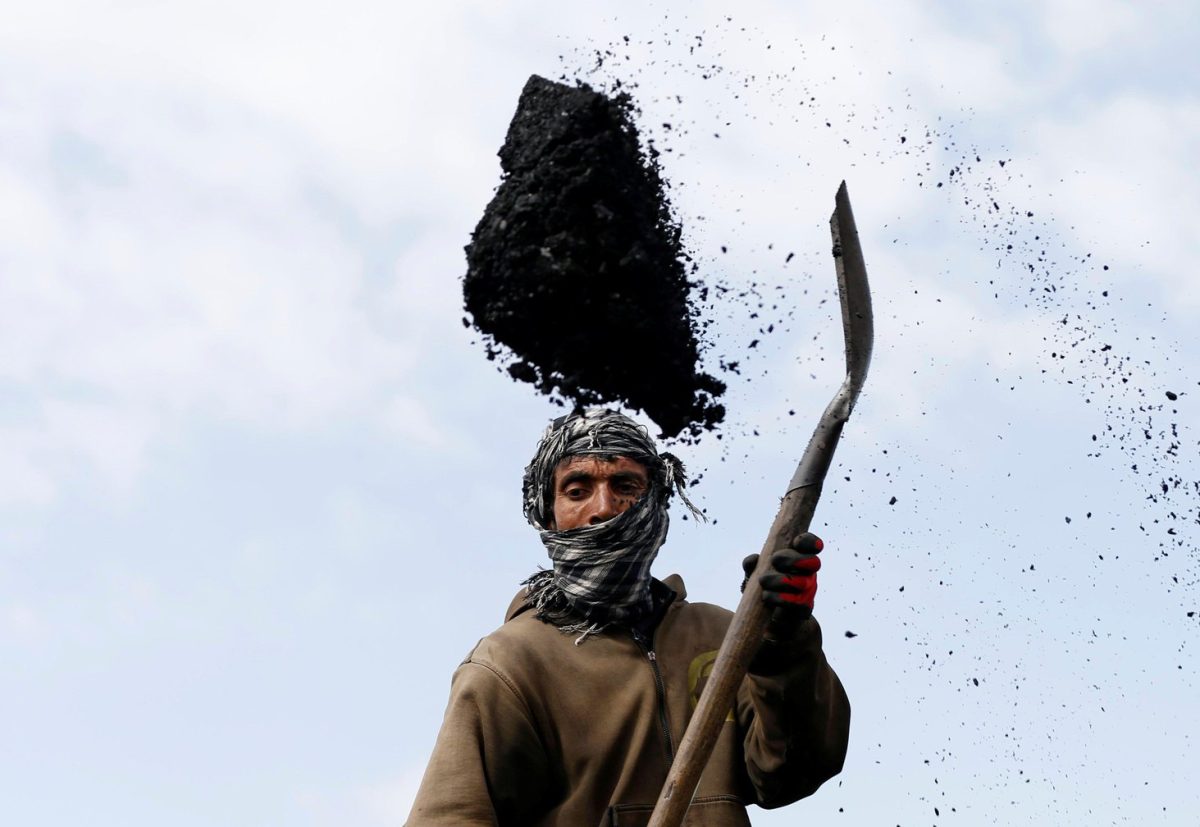