We should pay attention to Ken Starr’s passing. He was a prototype for Maugham’s ‘whiskey priest’

In the blitz of royal coverage from Britain, there has been little attention paid to a notable passing across the pond. The death on September 13 of American lawyer and judge Ken Starr, aged 76, in his home state Texas.

The Guardian only put out an obituary on September 19, nearly a full week after Starr’s death. But Ed Luce of the ‘Financial Times’ is the one journalist who noted Starr’s death in good time, and contextualised it as well, paying particular heed to the fortuitous coincidence it occurred the same week as Queen Elizabeth II. Thus was Starr spared the ignominy of relentless scrutiny in death.

As always, Mr Luce’s musings are worth a read but since these are only available to FT subscribers, suffice it to quote his summing up of Starr’s life: “Starr was the face of the Christian right’s insatiable prurience and selective outrage. It is hard to match a Vanity Fair writer’s comparison of Starr to a ‘crusading priest who, in his quest to understand the vices of men, spends every night in a stripper joint’.”

This is true. After a four-year investigation into the Clintons, Starr wrote that famous report (the Starr report). It was published on September 9, 1998 to the international popping of flashbulbs and gawping attention to the sheer detail Starr had collated about alleged depravity in the Oval Office. (Mr Luce suggests, and this is handy, that anyone who wants a refresher on the report’s shocking contents “should turn to page 59 then proceed forwards or backwards; it amounts to the same thing”.)

This outrage over Bill Clinton’s priapism did not extend to Starr’s actions after his time in the spotlight. As Baylor University president, he was forced to resign for having downplayed sexual assault allegations against the school’s football team. He also negotiated Jeffrey Epstein’s generous 2008 Florida plea bargain for sexually abusing underage girls. The deal allowed Epstein to spend 12 hours of every day of his year-long prison term away from jail and working from his office.

This is the context in which Mr Luce quoted the ‘Vanity Fair’ comparison of Starr to a crusading priest who subsumes himself in depravity.

In fact, Starr’s life has more than a passing resemblance to the lead character in Somerset Maugham’s famous short story ‘Rain’. I will outline that next and you will see why Starr might almost be “Rev. Davidson” from Maugham’s story. 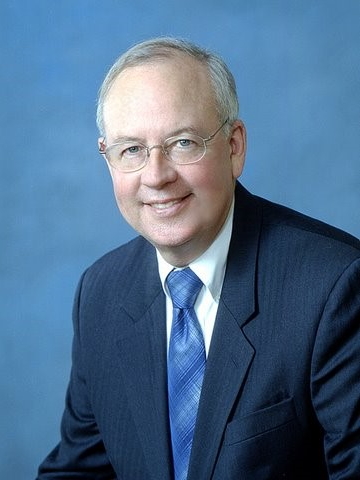