Ken Starr and the cult of the whiskey priest

Had Somerset Maugham known Ken Starr he would probably have written a short story that revolved around him.

The life and dubious legacy of the American lawyer and judge were tailor-made for fiction, if only to inject a sense of the real and believable into something that seems quite fantastical. For, he was, as ‘Vanity Fair’ has written, a “crusading priest who, in his quest to understand the vices of men, spends every night in a stripper joint.”

This is not to speak ill of the dead, but to point out the similarities between Starr and a whiskey priest, deeply flawed, deeply censorious and cruelly, comically self-righteous.

Somewhat like the alcoholic man of God conjured up by Graham Greene in his 1940 novel ‘The Power and the Glory’. (Not only did Greene create the character and persona of the whiskey priest, he also coined the term.)

In fact, Starr seems more like the Reverend Davidson than any other fictional character because of his apparent rage at other people’s frailties and his seeming tolerance of even worse behaviour from himself. (Remember that during his time as Baylor University president, Starr  downplayed sexual assault allegations against the school’s football team. And that he negotiated Jeffrey Epstein’s generous 2008 Florida plea bargain for sexually abusing underage girls.)

Maugham’s short story begins at sea when a ship bound for Apia is stranded at Pago Pago, capital of American Samoa. Off the boat,  Dr Robert Macphail and his wife and the Reverend Davidson and his wife take lodgings with he Macphails and the Davidsons find lodgings with a trader named Horn. Also off the ship and at the lodgings is a Miss Thompson. She seems to enjoy playing her record player very loudly and entertains a lot of men. The missionary is horrified by her licentiousness and takes steps to get her thrown off the island. Miss Thompson suddenly develops a conscience and repents of her evil ways – constantly seeking spiritual reassurance from the Reverend, in whose company she spends the whole day. But then, just before she is to leave the island, it’s discovered that the missionary has cut his own throat and and Miss Thompson is suddenly as bright as before. She ends the story by telling Doctor Macphail, “You men! You filthy, dirty pigs! You’re all the same, all of you.”

What lesson do we draw from the tirelessness with which the missionary sought to cleanse the world of its sins, while unable to control himself? Why, that he was all too human, a quality that he seemed unable to accept in others.

We should pay attention to Ken Starr’s passing. He was a prototype for Maugham’s ‘whiskey priest’ 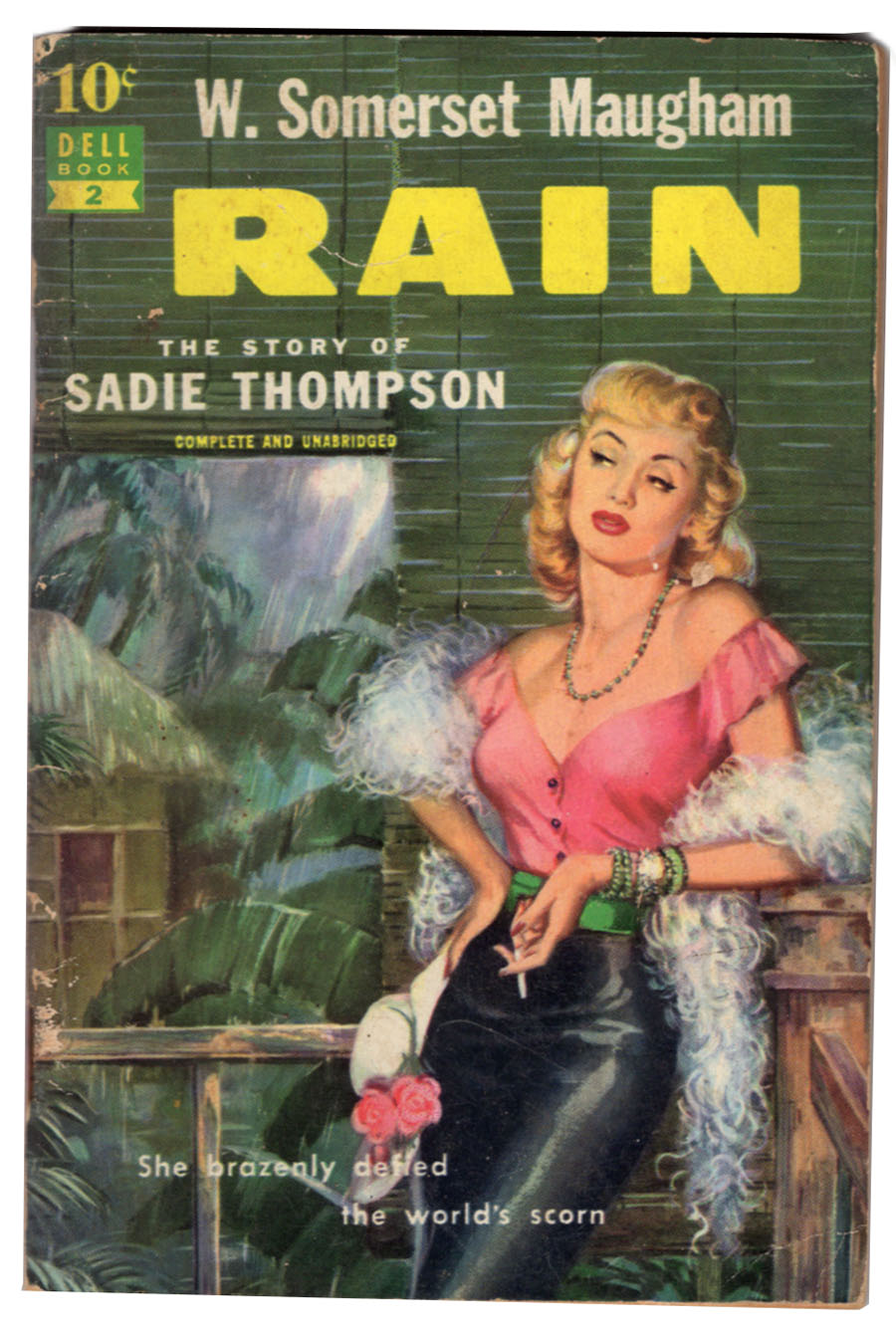