Trumpty Dumpty and DeFuture: Fellowship of the ring

“Don (who couldn’t build a wall) had a great fall — can all the GOP’s men put the party back together again?” read one, followed by the screaming headline: “Trumpty Dumpty”.

“DeFuture”, suggested the other, over a photograph of a vigorous-looking Ron DeSantis holding his young child while his wife in a brilliant yellow long dress stood off to one side, clasping the hands of their two other children. It marked columnist Michael Goodman’s article about Mr DeSantis’s reelection as governor of Florida by an enormous margin and with a broad electoral coalition.

Mr Trump has been the reason Republican voters indulged in old-style ticket-splitting, something everyone thought was dead in the age of polarisation. In Georgia, for instance, Mr Trump’s two Republican bete noires – governor Brian Kemp and secretary of state Brad Raffensperger – were handily reelected while Mr Trump’s chosen senate candidate Herschel Walker’s race has gone into a run-off.

Whatever Mr Trump does or does not do next, it’s interesting to watch the speed with which some of his so-called allies have been  distancing themselves from his widely trailed 2024 presidential campaign. On Wednesday, November 9, within hours of the red puddle, which was all that remained of the red wave, a prominent Republican political strategist Rick Wilson was telling the BBC that he was thinking about what needs to happen next with the party’s leadership. He was cagey about dumping Mr Trump but didn’t deny thinking about it.

Politico has an interview with Ken Griffin, billionaire CEO and big Republican donor. Endorsing Mr DeSantis, he said: “I think it’s time to move on to the next generation.”

And perhaps the cruellest cut of them all. Mike Pence, Mr Trump’s vice-president, has a memoir memoir, So Help Me God coming out November 14. The excerpt (paywall) published on November 9 by ‘The Wall Street Journal’ bore the fateful headline: “My Last Days With Donald Trump.”

“Faithless is he who says farewell when the road darkens,” as the Tolkien quote goes. In politics, as in life, the fellowship of the ring is a shifting business unless anchored in principled values. 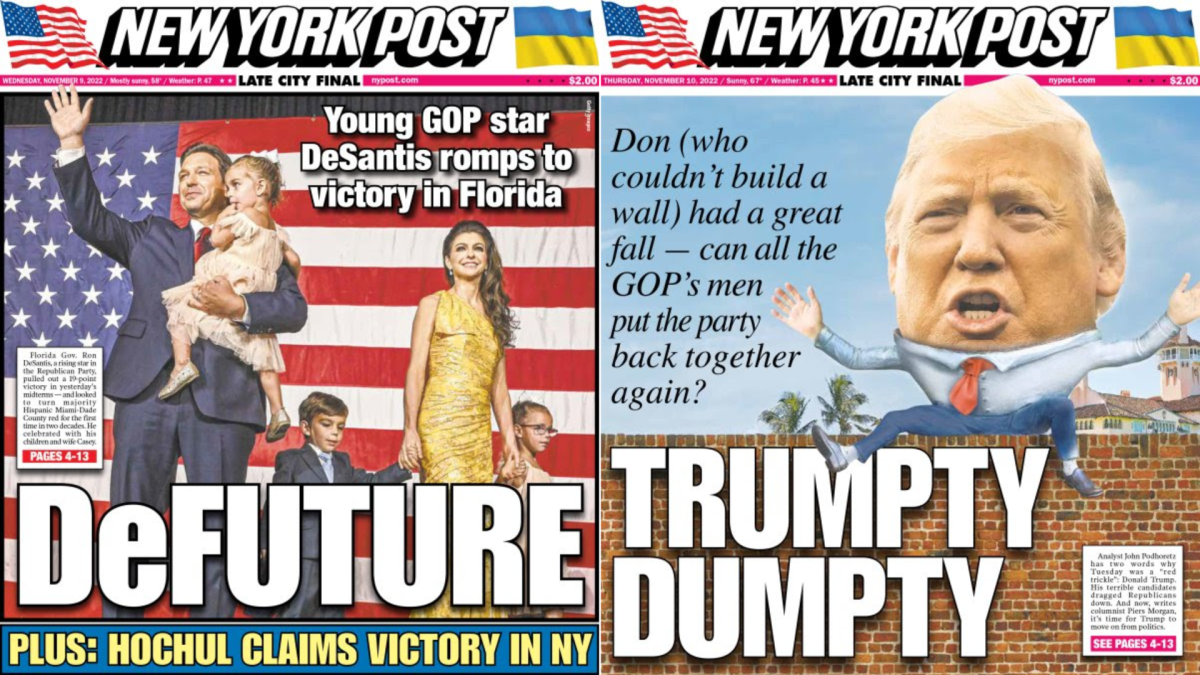