Whatever Donald Trump’s current state of mind (to be conventional and charitable about that devilish thing between his two ears) after the November 8 midterm elections, Melania Trump should be feeling pretty good as the result of yet another ballot box exercise.

Not in America, but in Slovenia.

The country of Mrs Trump’s birth elected Nataša Pirc Musar as its first female president on November 13. And Ms Pirc Musar, a former journalist and presenter on Slovenia’s main news programme, is someone that Mrs Trump is associated with. To mutual benefit.

Ms Pirc Musar, whose other avatar is that of prominent lawyer, represented Mrs Trump’s interests in Slovenia during the White House years. It was Ms Pirc Musar who stopped Slovenian companies from making big bucks out of products bearing Mrs Trump’s name and image.

In some respects, association with Ms Pirc Musar scores liberal brownie points for Mrs Trump, no matter the Christian nationalist MAGA mad-speak of her husband. For, Slovenia’s new president is a liberal lawyer and former data privacy commissioner and she is backed by the country’s centre-left government. In fact, she has scored a victory over the populist brand of politics espoused by former prime minister Janez Janša, who takes Donald Trump and Hungary’s Viktor Orban as role models.

The flipside is that Ms Pirc Musar and her husband have been castigated as tax-dodging fat cats (somewhat like Mr and Mrs Trump?). There have been allegations some of the money from their lucrative network of companies is stowed away in tax havens.

Ultimately though Ms Pirc Musar may not matter one way or the other to Mrs Trump (or to anyone else outside Slovenia). The role of Slovenian president is mainly ceremonial though this one will have the chance to name six new judges to the nine-member constitutional court – a deeper imprint than usual on her country’s trajectory. 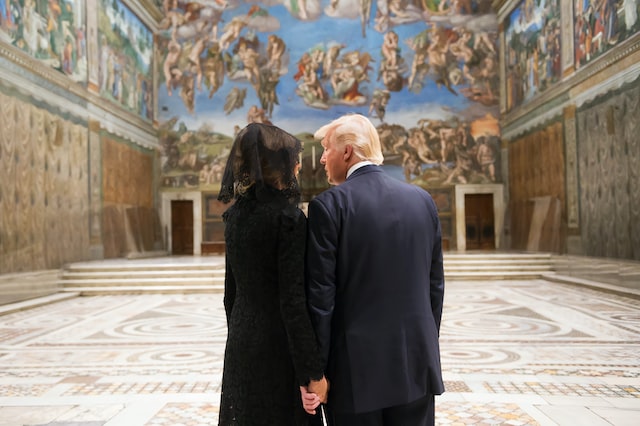