The hard business of supporting nationalism, conservatism and libertarianism in the United States these days appears to have a surprisingly soft and squidgy underside. Made up of many things – fact, fantasy, ancient myths, modern intellectual ambition – it can sometimes be surprisingly well illustrated by a mere anecdote, as I found out from reading Damon Linker’s piece on Persuasion.

Mr Linker, a senior fellow with the Open Society Project at the Niskanen Center, set out to discover what makes billionaire venture capitalist Peter Thiel tick. After all, Mr Thiel and other “would-be Masters of the Universe”, to use Mr Linker’s words, “are hellbent on tearing down any and all obstacles to their Faustian ambitions”. Mr Thiel and his fellow billionaires exert profound political influence – he previously supported libertarian Ron Paul and white nationalist Donald Trump and in the November midterms, he bankrolled a dozen election-deniers including Ohio senator-elect J.D.Vance who refers to the US government as “the regime”. Mr Thiel, 55-year-old co-founder of PayPal, also likes to think about the transformational energy that could be unleashed by political disruption as well as the potentially enabling forces of Christian theology.

In the process of his search for Peter Thiel’s lodestar, Mr Linker has revealed an unexpected jumble of ideas.

Here is a quote that illustrates Mr Thiel’s belief in human beings needing to unshackle themselves (from regulation and risk aversion) while simultaneously tethering themselves to an earlier great “Christian vision of history”. In an interview to the website UnHerd, Mr Thiel said that scientific and technological progress is prompted by a specific cultural impulse rooted in Christianity and it reached great heights during the Victorian era. At that time, he said, the Christian world “felt very expansive, both in terms of the literal empire and also in terms of the progress of knowledge, of science, of technology, and somehow that was naturally consonant with a certain Christian eschatology—a Christian vision of history.”

Mr Linker describes this particular strand of thinking as “Christian Prometheanism”. And that’s where myth and magic collide in the story America’s would-be Masters of the Universe tell themselves.

The figure of Prometheus – both trickster and hero in Greek mythology for stealing fire and giving it to man – has long loomed large in the 19th century romantic imagination with Shelley writing Prometheus Unbound and his wife, Mary, a novel Frankenstein, which was subtitled The Modern Prometheus.

Here’s Damon Linker on how Prometheus factors into the thinking of Mr Thiel and other would-be Masters of the Universe:

“In Thiel’s view, recapturing civilizational greatness through scientific and technological achievement requires fostering a revival of a kind of Christian Prometheanism (a monotheistic variation on the rebellious creativity and innovation pursued by the demigod Prometheus in ancient Greek mythology). This is the subject of a remarkable short essay Thiel published in First Things magazine in 2015. Against those who portray modern scientific and technological progress as a rebellion against medieval Christianity, Thiel insists it is Christianity that encourages a metaphysical optimism about transforming and perfecting the world, with the ultimate goal of turning it into ‘a place where no accidents can happen’ and the achievement of ‘personal immortality’ becomes possible. All that’s required to reach this transhuman end is that we “remain open to an eschatological frame in which God works through us in building the kingdom of heaven today, here on Earth—in which the kingdom of heaven is both a future reality and something partially achievable in the present’.” 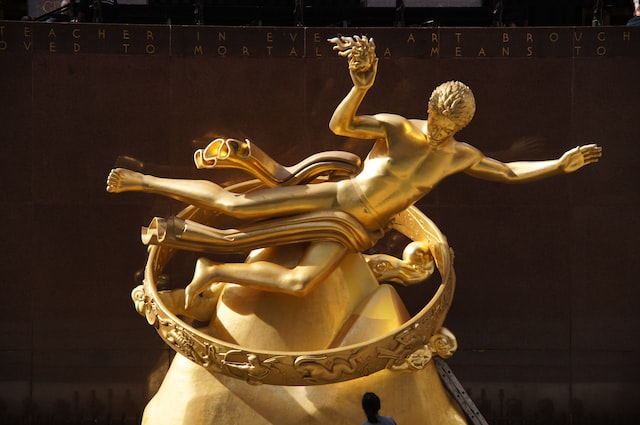