Decolonisation of the mind: Lessons from 21st century Britain

The need to de-colonise — and by implication, de-racialise — is increasing on Britain’s mind these days.

At the end of November, a Buckingham Palace reception had an honorary royal staffer insistently question a black Britain-born-and-bred woman where she really came from. The behaviour of the royal aide — daughter to an earl, sister to another earl, widow to a life peer of the realm, a close companion of the late Queen and godmother to a future king — is seen to show the British establishment as still stuck in the imperious mindset of the colonial era.

And yet, just the month before, Britain’s highest literary prize, the Booker, went to The Seven Moons of Maali Almeida, a novel that takes pride of place on the de-colonised bookshelf.

The dissonance of these two events — just weeks apart — is jarring but Sri Lankan author Shehan Karunatilaka’s storytelling may be the more solid indicator of the way the world is changing. The book, about the pain, horror and violence of Sri Lanka’s life in the 1980s, is one of the few novels in English to emerge from a former colony without the defining objective of “writing back” to the empire.

Instead, Karunatilaka, who has become the first Asian-born winner of the Booker since India’s Aravind Adiga in 2008, just writes: For Sri Lankans first and foremost and for Sri Lanka’s sense of self as well as its tomorrows. That much was clear from Karunatilaka’s speech at the swish London ceremony as he received his trophy from Camilla, consort of King Charles III. He spoke in Sinhala and Tamil and then translated his own words into English, expressing “hope” that his novel will, “in the not too distant future … [be] read in a Sri Lanka that has understood that these ideas of corruption, race baiting and cronyism have not worked and will never work.” He went to add, “I hope it is read in a Sri Lanka that learns from its stories …”

What does Karunatilaka want Sri Lanka to learn? His novel, narrated by a dead gay photographer, is uninhibited. Not just in the mention of carnal desires but in Maali Almeida’s self-assuredness. He speaks of places in Sri Lanka and neighbourhoods in Colombo in the way of English characters in books by dead English writers talk about London or remote villages in the Cotswolds. With panache, little explanation and no apology, Almeida tells of the Sri Lanka of the here and now, or at least of the here and then because the photographer has woken up dead in 1990 and has just seven moons to lead friends and family to a secret repository of his photos of civil war atrocities. Strikingly, the book doesn’t really reference Sri Lanka’s former ruler, Britain, except for the bald statement “we were born in 1948” and a laundry list of five countries that also began their current incarnations that same year — “Burma. Israel. North Korea. Apartheid South Africa. Sri Lanka. All born in ‘48.”

Karunatilaka’s laser focus on Sri Lanka — both as subject and audience — is very different from the last time a Sri Lanka-born writer won the Booker. That was Michael Ondaatje in 1992 though The English Patient ‘s triumph was only notionally for and about Sri Lanka. Ondaatje, born in 1943 in what was still Ceylon, had left the country six years after the island won its independence. School in England and university in Canada added to his self-described “real salad” of an ancestry that includes Tamil, Sinhalese and Dutch genes. It made him, Ondaatje acknowledged, “a mongrel of place. Of race. Of cultures. Of many genres”. His Booker-winning novel too was a cross-bred concoction.

Even before The English Patient became a blockbuster film that won multiple Oscars, its Booker success was thought to underline the phenomenon wittily summed up by Salman Rushdie 10 years earlier. Having won the 1981 Booker for Midnight’s Children, which he would later call “a history novel”, Rushdie declared that authors from the former colonies showed “the empire writes back”. The pun on the movie Star Wars: The Empire Strikes Back had everyone paying attention and by the end of the ’80s, three Western academics — Bill Ashcroft, Gareth Griffiths and Helen Tiffin — with expertise in post-colonial studies had borrowed Rushdie’s phrase for their much-cited critical tome on the theory and practice of “writing back”. It was, they said, all about “engaging in the power of imperial discourse, not by writing ‘for’ the centre but ‘against’ the assumptions of the centre to a prior claim to legitimacy and power.”

Everyone, from Rohinton Mistry and Arundhati Roy, to Amit Chaudhuri and Vikram Seth, to name a few, was seen as writing back. All were doing something previously accomplished by Ireland’s James Joyce in the early 1900s, when he resolved to put standard English “to sleep” and then, mid-century by Nigeria’s Chinua Achebe, who rewrote the coloniser’s portrayal of Africans. All were speaking in language and from territory painfully reclaimed from the imperial centre and they never forgot it. In 2013, Algerian writer Kamel Daoud’s 2013 prize-winning novel, The Meursault Investigation, retold Albert Camus’s 1942 The Stranger, again filling in the blanks and revising colonial era representation.

It was liberating, of course, but the so-called “imperial gaze” was still present, if only in reverse. The angle of vision assumed by Europeans in the colonies had rendered whole continents and their people featureless for readers. With the empire writing back and laboriously sketching in the detail, the imperial centre remained key.

Not so Karunatilaka’s Seven Moons. The world it builds is the unambiguous centre of the story’s universe.

Decolonising the bookshelf liberates the mind.

Originally published at https://timesofindia.indiatimes.com on December 7, 2022. 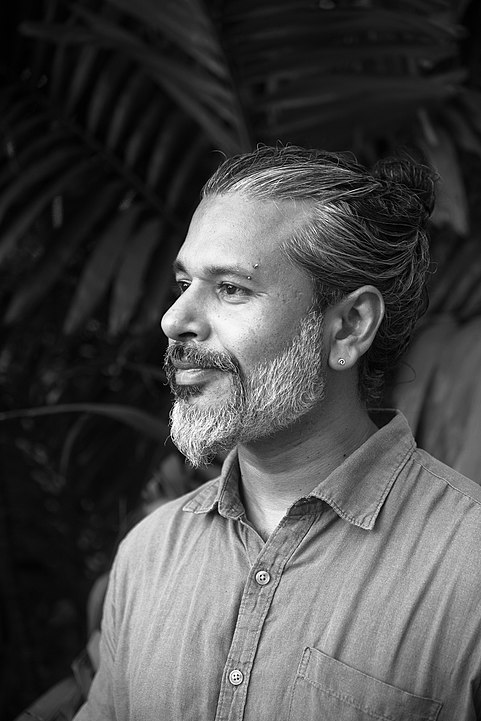