The gnashing of teeth can be heard all around ‘global Britain’ after the release of Harry and Meghan, the six-part Netflix documentary.

Some choice descriptions have been thrown up – by pundits, players and members of the public. A lay reader of the Daily Express for instance, expressed distaste at the “Montecito gruesome twosome”. One headline spoke of “Prince and Princess Less-Than-Charming”. A “royal poll” in one of the papers is asking “Should Harry and Meghan be stripped of their titles?”

It comes off the back of Conservative MP Bob Seely’s stated plan for legislation that would allow for the Duke and Duchess of Sussex to lose their titles. Mr Seely’s complaint, as explained to PA is as follows: “As well as trashing his family and monetising his misery for public consumption, he (Harry) is also attacking some important institutions in this country.” It is, incidentally, a private member’s bill, does not have the support of Rishi Sunak’s Conservative government and has no hope of being passed. Even so, that isn’t preventing Mr Seely’s initiative from being given disproportionate amounts of coverage, perhaps because it feels curiously pleasing to contemplate revenge for Megxit, the supposedly Meghan-led departure of the Sussexes from the UK.

Meanwhile, multiple commentators are barely able to contain themselves. Seemingly incandescent with rage, they search for ever more scornful ways to discuss the “apostates”.

The Telegraph called the series a “very Californian exercise in grievance.” The Spectator magazine said it was a “tedious, narcissistic wallow.” Even The Guardian, no fan of the monarchy, said the show was “a one-sided PR effort.” The Irish Times, which has no reason to support the British establishment, described the first three episodes released on December 8 as “a sometimes unwatchable plunge into Planet Sussex.”

And here’s Janice Turner reaching for alliterative psycho-analytic phrases in The Times: “Modern media battles are won with ‘vibes’, and in this theatre of war Meghan is a five-star general. An ‘influencer’ long before she was royal, she parlayed, via her blog The Tig, a meh acting talent on a second-rate series, Suits, into a business, a platform to speak for fashionable causes and endless free stuff. Now her mastery of that cutesy, Instagram faux-spontaneity and curated candour fills her Netflix series: her vibe-bombs strafe the royal family as they load their muskets with facts.”

It’s not surprising that Britain would respond in this way. Harry and Meghan have attacked the British tabloid press, British formality and British racism. They have, in a way, poked fun at how “small” Britain is. Perhaps they mean mindset not just size? For, when Meghan describes on camera how she learnt the royal wave by simply essaying a slight hand gesture rather than a very American ecstatic extending of the whole arm, she says everything must be “small” in Britain. It felt like she meant more than just the habit of a restrained wave.

Unsurprisingly then, Megxit has become almost but not quite as toxic as Brexit, though it’s way less consequential. 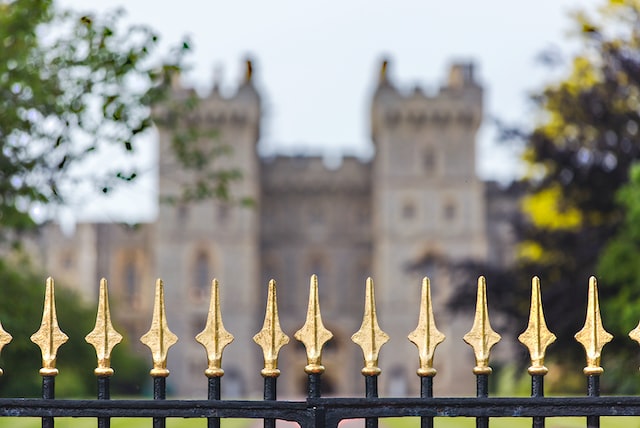