They’re not the same, of course, and Megxit doesn’t matter in the way Brexit does to the lives of ordinary Britons – in terms of incomes, opportunities, travel, European research funding, export and import of items and cellphone roaming charges.

And yet, it’s clear the culture war until recently known as Brexit is raging once again with Harry and Meghan’s six-part Netflix documentary.

A discernible demographic faultline runs through every discussion on the issue. Some people (particularly at the younger end of the spectrum) say the whole issue is of race, mental health and privilege. Others say it is about two ungrateful publicity seeking harpies trying to monetise blue-blooded connections even as they try and have it all – both celebrity wattage and the deference due to royalty.

Meanwhile, the brothers and their wives stand back to back, facing outwards. William and Kate, the Prince and Princess of Wales, are supposed to be showing the stiff upper lip qualities of the best of British. Harry and Meghan are said to speak with ostensibly quivering lip the language of holistic wellbeing and personal development goals. William and Kate are said to be flying the flag for Britain as she stands. And behind Harry and Meghan in their magnificent home in Montecito, California, flutters the bright, contested pennant of wokeness, global citizenship and entitlement,  the supposed quest for equality and opportunity for all.

It is ultimately an unequal battle. The power of the unchanged guard is precisely that.

Meanwhile, the waving banners are borne aloft in a culture clash, which is at least not a war, just a skirmish.

Would diversity and the British royal family mean more Plantagenets? 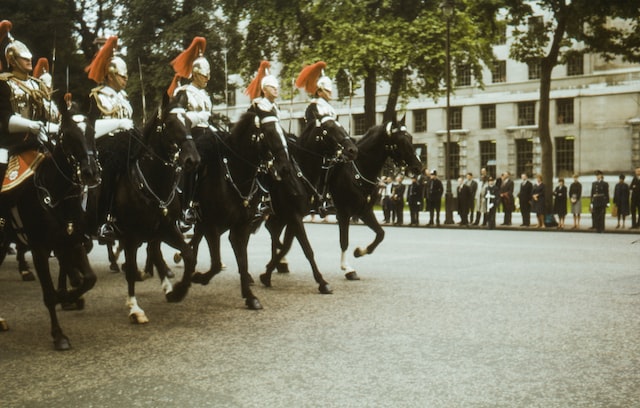