The poinsettia is soprano in the season’s grand opera

Come Christmas, the most festive houseplant of them all lights up hallways, dinner tables and the holiday season.

For many, the scarlet bracts of Euphorbia pulcherrima don’t just say Christmas, they scream it. Those who love the poinsettia consider it the botanical equivalent of a prominent soprano in the grand opera that is Christmas. For this showy native of Mexico, known to the Aztecs as cuetlaxochitl (pronounced ket-la-sho-she) takes the season’s theme tune at least two octaves above the middle C.

If nothing else, the poinsettia is the undisputed visual alert to the season, as are cinnamon, cloves, oranges and dozens of living Christmas trees for sale in cities, towns and villages.

The poinsettia’s brilliant red is the result of  photoperiodism. It wasn’t until a few hundred years ago that the plant was linked to Christmas in the western world. In 1825, Joel Roberts Poinsett, an amateur botanist, became the first US agent to South America and first minister to Mexico. Having seen the flower in a church in Guerrero, Mexico on Christmas Eve 1826 as part of a nativity scene, he sent samples of the cuetlaxochitl to friends and to his own greenhouse in South Carolina. One of the imported plants made its way to a Philadelphia Botanic Garden, which debuted it at an 1829 flower show in the US. The brilliantly coloured plant spread throughout the country and across Europe under the name poinsettia.

It’s rather sobering though to consider the different cultural meanings of the same word. Master Gardener volunteer Tara Gill quotes American historian and amateur botanist William Prescott’s book History of the Conquest of Mexico in which he gave the flower its current name. Colonel Poinsett, who had been involved in the orchestration of the Chilean war civil war of 1814, was regarded with horror by Mexicans, who began to use the word “poinsettismo” to describe intrusive behaviour.

So there you have it: what’s poinsettia to one may be poinsettismo for the other. 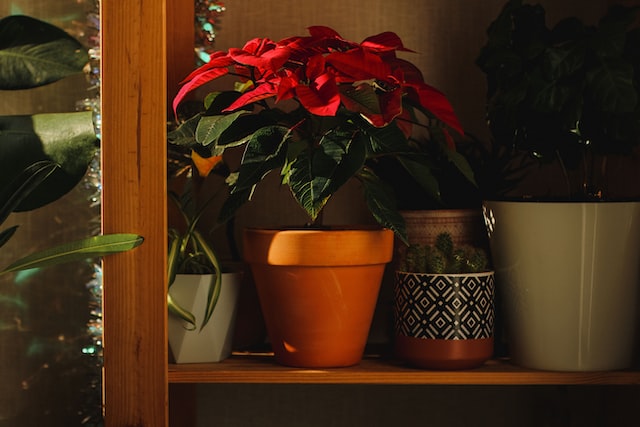