A pretty sound ecological case can be made against gift-wrapping: to cover something in paper and festoon it with a bow is wasteful, pointless and short. After all, the wrapping will be torn off within minutes of the gift arriving in the hands of its intended recipient. What is the point of it all?

That is the point.

As John Gapper mused in the Financial Times, “Wrapping and the various traditions surrounding seasonal gift-giving transform the objects under Christmas trees from profane to sacred. Without that, as one anthropologist wrote, ‘The heap of loot is too obviously a pile of commodities rather than gifts’.”

That’s an intriguing thought. That a bit of sparkly paper and ribbon can have a transformative effect, rendering that book, diary, pen with gizmos into a gift.

The FT piece quotes a study by the late sociologist Theodore Caplow of Christmas rituals in middle America. Of the 366 family celebrations from 1979 that he examined in Muncie, Indiana, nearly all stayed within prescribed rules. One of the rules was that “Christmas gifts must be wrapped before they are presented.” Wrapped gifts, placed under a tree, wrote Caplow, formed “a glittering monument to the family’s affluence and mutual affection”. He added: “To display unwrapped gifts as a set seems to invite the invidious comparison of gifts”. It is a nod to the delicate way one negotiates the minefield that is present-giving. Everything doesn’t have to cost a million bucks. That it looks like it might have – in gold paper with a green and gold bow – is because of the transformative effect of the wrapping and the effort that went into presenting it that way.

The FT piece notes that wrapping predates the industrial revolution but commercial gift paper has been manufactured since 1917. That was when the Hall brothers, Hallmark’s founders, started selling French decorative envelope lining as wrapping paper at their store in Kansas City, Missouri.

From that grew a great industry, which may occasionally teeter on ecological thin ice but mainly rests on emotional solid ground. The truth is it isn’t the shimmer and glitter of gift wrap that changes something from commodity to present, but the thought invested in presenting it that way.

The poinsettia is soprano in the season’s grand opera 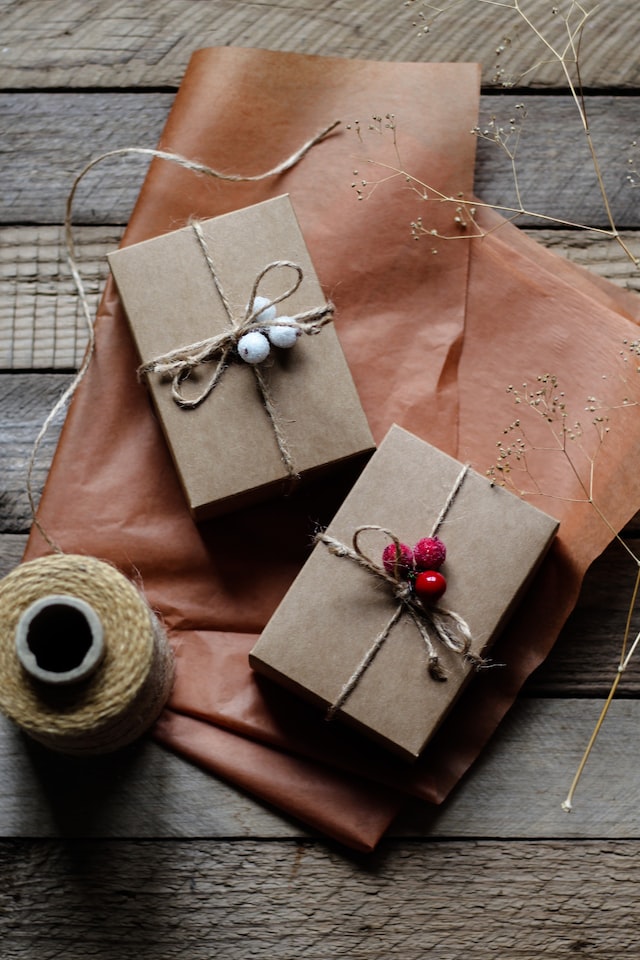