When WWI wasn’t WWI: language and change as the old year dies

As the old year dies away, the persistent thought is of change and renewal.

I was reminded of this when Jennifer Parrucci, a senior taxonomist at The New York Times (NYT), recently spoke about the paper’s 171-year archives and how they reflect, encase, possibly even symbolise change.

A particularly interesting example is the conflict we now call World War I (WWI). As Ms Parrucci notes, the NYT archives don’t betray much sign of WWI. She says: “World War I wasn’t indexed as World War I, because the archivists back then didn’t know there would be another.”

At the time it was called the Great War. Having begun in 1914 after the June 28 assassination of Archduke Franz Ferdinand of Austria, conflict raged across Europe. Germany, Austria-Hungary, Bulgaria and the Ottoman Empire (the Central Powers) fought against Great Britain, France, Russia, Italy, Romania, Canada, Japan and the United States (the Allied Powers). By 1918, when the war was over and the Allied Powers claimed victory, more than 16 million people—soldiers and civilians alike—were dead.

According to the trustiest record of all times, Wikipedia, “In August 1914, The Independent magazine wrote ‘This is the Great War. It names itself’. But Macleans, the Canadian magazine, claims the honour for itself, saying “The term ‘the Great War’ first appeared in print in Maclean’s back in October 1914”.

Looking at the NYT’s first reportage of the trigger event of the Great War, the story is headlined: “SEE SERB PLOT IN ROYAL MURDERS; Killing of the Archduke and His Wife Believed to Have Been Planned in Belgrade.”

And the lead or first para reads: “VIENNA, June 29. — The youth Prinzip, who yesterday killed the Archduke Francis Ferdinand and the latter’s wife, the Duchess of Hohenberg, and Gabrinovics. who had previously thrown a bomb at the Archduke, deny the existence of a plot, but the authorities nevertheless believe that both outrages were the results of a far-spread conspiracy with its origin in Belgrade.”

It’s reported like a crime story. There is no mention of the Great War at all – but then how could there be?

History is what we see through a rearview mirror, but as the saying goes, “it unfolds through a foggy windshield” – of words and perspective. 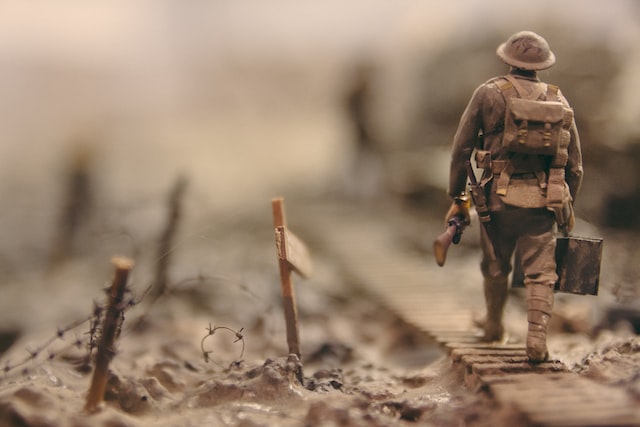