One can only hope that Oxleas Woods does not need, once again, to serve as a “line in the sand” for the environmental movement.

Thirty years ago, it did.

As Jonathan Bray, founder and convenor of the Oxleas Strategy Group, describes in his blog, the ancient woodland faced an existential threat from the government’s Roads to Prosperity plan. The proposed East London River Crossing looked as if it would go ahead but the movement to oppose it was equally determined.

Mr Bray writes: “Like all the best campaigns we fought on every level. There were letter-writing stalls at the popular Greenwich market, politicians were systematically lobbied and a well-presented public transport alternative was drawn-up. We organised an ‘Adopt-a- Tree’ scheme; the aim here was to get every tree in Oxleas Wood adopted. As well as bringing in funds and publicity, it would give supporters a real stake in the campaign. And if the worst came to the worst we could invite tree adopters to turn up to defend their tree.

“In order to make Oxleas a ‘line in the sand’ for the environment movement, we got some of the large environmental non-government organisations (for example the Wildlife Trusts and World Wide Fund for Nature) to take part in an Oxleas Strategy Group. This helped lock them into a campaign that was ultimately run by local people, but which made the best use of the resources of the national campaigns.”

The protestors were driven by passionate intensity, as the Transpontine blog notes: “A wide range of tactics were used including lobbying, legal action – the ‘Oxleas Nine’ who appealed against compulsory purchase orders – and the threat of direct action, with thousands pledging to block any attempts to bulldoze a road through the trees.”

It helped that prominent media figures such as the late botanist and environmentalist David Bellamy was involved in the Oxleas Woods campaign.

Unusually, the campaigners threw in pagan rituals, as Transpontine quotes from a newspaper report: “There is magic in the air at Oxleas Wood in Eltham, south-east London. More than 70 people are dancing in circles, banging drums and singing to the pagan goddess Freya. ‘Ancient mother, I taste your tears,’ they chant. Then the circles pick up speed and move closer before the dancers collapse on to the meadow grass, ready for meditation. These are the people of Dragon, a pagan group that brings together witches, Odinists, druids, magicians and the many other elements of the neo-pagan revival now taking place in Britain…”

It’s been described as “eco-magic” and it’s true, something magical that happened in and for Oxleas Woods during that campaign.

But make no mistake, it was set in train by earthly forces, people who  believed the ancient woodland had a spirit that must not be extinguished.

Is Oxleas Woods threatened all over again? 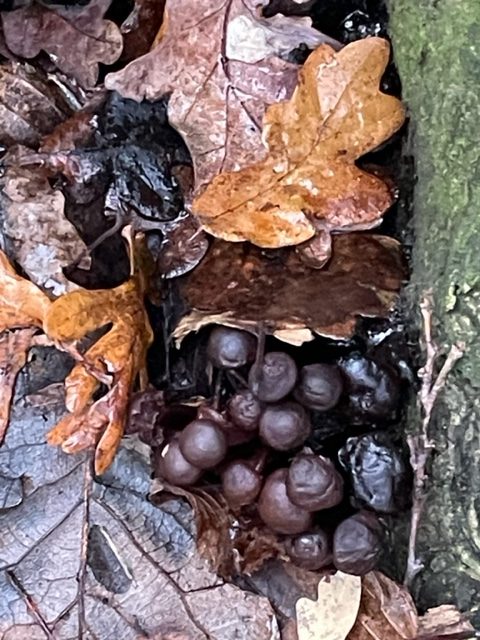