As the old year extinguished itself, the nature trail through ye olde England in the southeast led to Ightham Mote.

For those who don’t know the 14th century manor house nestled in a Kentish valley, Ightham Mote is famous as an unpronounceable name.

In fact, Kent Live, a news site that focusses on the county in southeastern England, lists Ightham as one of the 21 Kent towns and villages no one can pronounce properly. “People who live there, or nearby probably can,” the site says doubtfully, offering a helpful guide to each unpronounceable name. 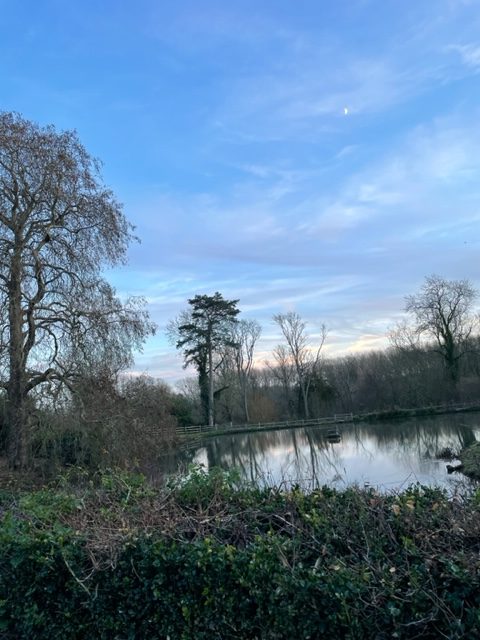 Ightham, it turns out, is pronounced like “item”. For 700 years, the house ringed by its moat has reposed in the Kentish downs. The tourist industry that enfolds the property is looked after by the National Trust.

Those inclined to walk can take any number of circular trails around the valley, going high up onto the hill.

Of a sodden December though, the paths are treacherous, the squelchy mud holding fast to footwear, then smartly, suddenly letting go, leaving you to flail about the slick surface. 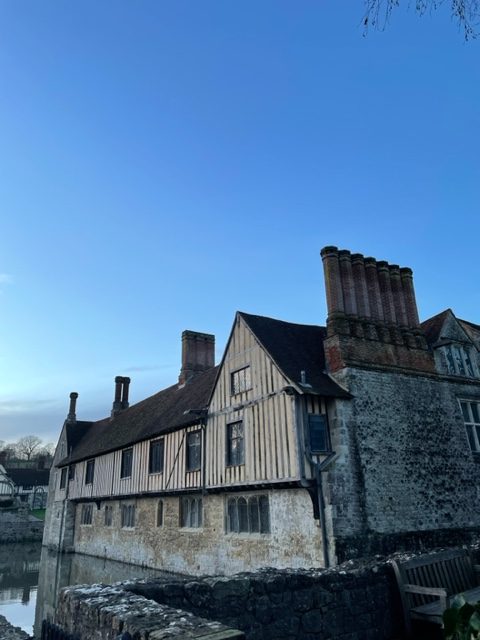