News of Jair Bolsonaro’s doings at the presidential palace in Brazil as he left office after four years in power make one think more kindly of Donald Trump.

Mr Bolsonaro wrecked the presidential residence as he turned out the lights on his time in office and skipped it, for Florida.

Mr Trump only took top secret documents from the White House. He didn’t, as Mr Bolsonaro did to the 1950s masterpiece by architect Oscar Niemeyer, trash the building.

According to the report from Brazilian broadcaster GloboNews, the Palácio da Alvorada or Palace of Dawn now has torn carpets and sofas, leaky ceilings, broken windows and jacaranda floorboards. Some of the works of art it contains are sun-damaged as well. The report also said that several works of art were missing. Apparently, Brazil’s new first lady noticed that a Brazilian cactus planted by President Luiz Inácio Lula da Silva, during his earlier stint in office – 2003-10 – had been removed. Mr Bolsonaro is also reported to have left a disposable ballpoint pen – one of the symbols of his populist administration – on one of the desks in the presidential palace.

If it sounds like the behaviour of a petulant toddler, that’s because it is. Who, in their right mind, would wreck their country’s premier residence, a listed building that is considered iconic?

That was a step too far even for Mr Trump. For this much at least, Americans should give thanks.

In fact, Mr Bolsonaro’s behaviour throws a more flattering light on Mr Trump…that’s how bad it was! 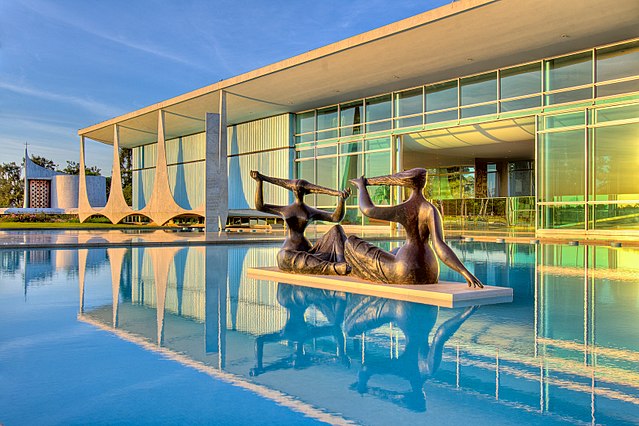