Putin’s last word on #Snowden? Like shearing a pig 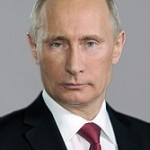 To Vladimir Putin, goes the honour of offering the most quotable quote in the whole Edward Snowden affair. Referring to the fugitive American whistleblower and WikiLeaks founder Julian Assange, Mr Putin said they “consider themselves human rights activists” and it was a moot point if they should be handed over so they’re put in prison. “In any case, I’d rather not deal with such questions, because anyway it’s like shearing a pig – lots of screams but little wool,” the Russian president finished.

Is that a Russian proverb? Or a Putin original?

Whatever it’s origins, it is eminently repeatable.

In many ways, this talent for self-expression is a part of Mr Putin’s public persona. Even though he is more generally considered to have a talent for masculine pursuits such as judo, on home ground, the Russian president’s speaking skills are greatly admired. Last year, a book titled ‘Speak like Putin? Speak Better than Putin’ attempted to encapsulate his style, all the better for officials and businessmen to emulate.

Remember his musings on the USSR? “Anyone who doesn’t regret the passing of the Soviet Union has no heart. Anyone who wants it restored has no brains.”