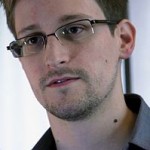 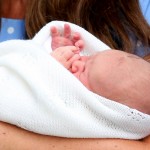 Poor Edward Snowden. Despite his struggles to liberate himself from the transit lounge of Moscow’s Sheremetyevo international airport he’s pretty much dropped from news headlines at will. Instead, it’s that chap George Alexander Louis they keep talking about.

Who’s not even three days old.

(But who bears three names. As well as a title.)

Hard for poor Mr Snowden to compete. Though he does have two names (Edward and Joseph) and he did do something equally courageous as being born – he went on to the world stage crying fie to the planet’s only superpower for reasons that have a lot to do with principles and a belief in the rightness of what Ben Franklin said (Those who surrender freedom for security will not have, nor do they deserve, either one.)

As consolation, Mt Snowden can count on the dubious honour of an invitation to visit Iran to spill the beans about US espionage against it. And a copy of Fyodor Dostoyevsky’s ‘Crime and Punishment’ from his Russian lawyer Anatoly Kucherena.

For the moment, that must do.