Abundance of caution = Many headless chickens? 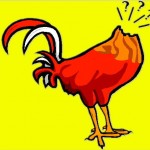 When does an abundance of caution become pusillanimity?

When 19 US missions are closed till August 10 on account of a vague (but more-certain-than-before) threat.

Senators and Congressmen have generally chimed in with their approval but it is hard not to wonder if the awful memory of Benghazi is leading many people to reason without much reasoning, just a frenzied feeling of constant incipient threat.

Might many people be reasoning along “what-if” lines? They are as follows: What if I said this is doing too much for too vague a reason and what if something happened? I’d never live it down. I’d never be able to forgive myself.

But here’s the rub. If you close an embassy because of an imminent attack, it doesn’t end the threat, it merely defers it. As Ted Poe, the Republican from Texas who is chairman of the House’s Terrorism and Nonproliferation Panel, said: “Part of the problem though is a public notice like this … The public knows so the bad guys know too.”

And they’ll try at a different time.

Mr Poe added in a forthright manner that “the State Department doesn’t want to get in a situation like it did in Benghazi where the consulate was not secure despite requests for more security months in advance.” 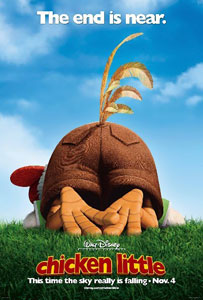 One has to wonder if someone has been watching re-runs of Chicken Little, the 2005 Disney offering about the small town of Oakey, Oaks, where Chicken Little insists the sky is falling, is laughed at and eventually vindicated.

Then again, “what if” the threat is more real than this blogger thought? (See what I mean?)