A premature obituary? The death of distance 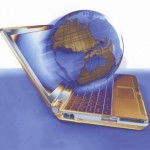 As Mark Twain might have said, but didn’t, reports of the death of distance are greatly exaggerated. Read Farhad Manjoo’s account (Slate) about how he recruited an online assistant based in India at $10 an hour and how it was an absolute disaster. The point about Mr Manjoo’s story (and troubles) is not that the assistant was in India. It’s just that he wasn’t anywhere near Mr Manjoo. He was unable to build a relationship of trust with an unknown faceless entity (who was watched by surveillance cameras).

One has to wonder what Frances Cairncross would make of this. She is credited with coining the phrase “death of distance” (in a 1995 article for The Economist). Two years later, she published an eponymous book. The full title was ‘The Death of Distance: How the Communications Revolution Will Change Our Lives’ and the basic premise was supposed to be that “any activity which relies on electronic devices for information or communication handling, can be carried out anywhere in the world.”

The more learned say that a similar concept, the abolition of distance, was expressed in the early 1970s by Martin Heidegger, based on the shrinking of distances in time and space.

Ms Cairncross herself described the new era as based on “a digital revolution…the translation of all communication – audio, video, text, and data – into a digital alphabet of only 0’s and 1’s. It abandons the 10 Arabic numerals, the 26 letters of the alphabet, the varying of electromagnetic waves that create radio and television broadcasts. The digital revolution changes everything to a super-speed telegraph and a vocabulary even simpler than the old telegraph code of Samuel Morse.”

She went on to describe the revolution that is Moore’s Law, named after an Intel founder Gordon Moore. He presciently said that microprocessor capacity would continue to double every 18 to 24 months.

All true. And all very helpful – as far as digital facilitation goes.

But distance isn’t really dead – when it comes to the little things of life. Smiles. Secretarial assistance. And so on.