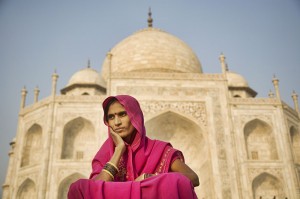 Eight months after the gangrape of ‘Nirbhaya’ (as my old employer The Times of India named her), and has anything changed? Yes, public outrage has become more of a habit.

Right now, the middle class in India is working itself into a fair rage all over again.

Actually, I should rephrase that.

The media is working itself up over the rape on Thursday, August 22, of a 22-year-old photojournalist in Mumbai. The middle class is asking for what it needs, but fortunately, every silent protest looks rather good (if a bit samey) on television.

Anyway, what has to be interesting is the sound and fury now over every middle class victim of rape. The international interest helps.

But does it really mean very much?

Here’s what I heard one Mumbai woman writer say on the BBC today:

So, is it okay if it happens to women who aren’t like her?

The terms of the discussion are unusually weighted by person and place. Surely the principle should be the thing?

Obviously rape and sexual harassment is not exclusive to India but there is a certain basic gender inequity that is embedded in the cultural construct. Add to that the essential inequity of caste, class and a karmic fatalism.

That’s a sweeping generalization, of course, a broad, catch-all, sweep-it-all-in categorization. But that doesn’t mean it’s not true. Or at least partly true.