Jargon is officially out, going forward. But can UK civil servants deliver? 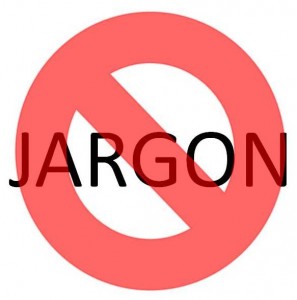 It’s been a month the decision was taken. Going forward, the dialogue will deliver key slimmed down processes on how to speak. Or write. If you’re a civil servant. And need to foster trust.

That paragraph contains many of the 30 words and phrases that have been nuked out of the British civil servant’s dictionary of nonsense. The new online style guide renders weighty bits of management jargon unusable. Nothing will be delivered ever again, unless it is a pizza or the post. No one can drive anything, unless it is cattle or a car. There will be no fostering, except for children; keys should be restricted to locks; tackling is banned except when playing rugby or football and no one is allowed to do any more advancing, collaborating, combating or pledging. People will no longer be empowered, government won’t facilitate and everyone will henceforth be able to understand everything that officialdom puts forward. Teaching civil servants not to talk flatulently, as the Financial Times columnist Lucy Kellaway, puts it.

It’s a grand idea. One that the Plain English Campaign (bless their hearts) has been working on, in their own idiosyncratic way, from the 1970s, when their founder director Chrissie Maher started shredding forms in London’s Parliament Square. She had heard, as the Campaign’s website says and as Ms Maher’s son told me (when I was writing on this back in the 1990s) that two elderly ladies had died of hypothermia after being baffled by a benefits form.

In plain English one can only say three cheers for that.

What’s out, according to The Independent

* Foster (unless it is children)

* Agenda (unless it is for a meeting)

* Commit/pledge (we’re either doing something or we’re not)

* Deploy (unless it is military or software)

* Dialogue (we speak to people)

* Key (unless it unlocks something. A subject/thing isn’t ‘key’ – it’s probably ‘important’)

* Progress (as a verb – what are you actually doing?)

* Tackling (unless it is rugby, football or some other sport)

* Transforming (what are you actually doing to change it?)