Viva Mexico: Happy to be high on freedom 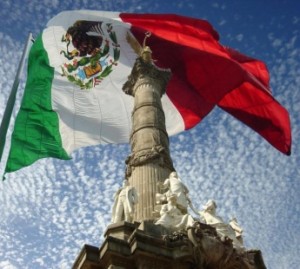 It takes a day or two to recover from the Mexican fiesta to celebrate its independence from Spanish rule.

So it is with us.

We were at the exuberant events up in the hills of Port au Prince on Sunday, the 15th. There were flags aplenty, the traditional antojitos or finger foods, ponche or punch, a Mexican Ambassador in good form, much collective gaiety and shouts of viva. A mariachi band completed the picture perfect image of a people happy to be high on freedom.

It was interesting to see the culmination of a project that the always charming and insightful deputy chief of the Mexican mission here, Marco Antonio Fraire Bustillos, has been engaged in for several weeks. I think it was at the Bastille Day celebrations that he first told us about his plans to involve Haiti’s Mexican community in the fiesta. 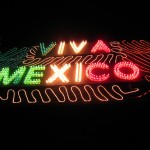 Not sure if everyone stayed on for the El Grito, the ritualistic cry of independence (at 11 pm on September 16) which recreates the moment in  1810, when Father Hidalgo gathered his followers. Nothing to stop a private El Grito, though one might seem a bit odd shouting in the living room, while the dogs cover their ears.