A yawning gap on the bookshelf? Haiti: An Unfinished Story 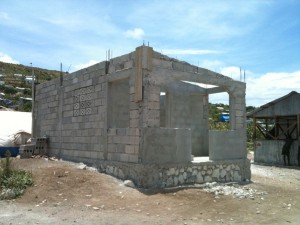 The police walk in groups of four in Tibet, says Stefan Halper, two carrying guns and the other two with fire extinguishers.

It is a reference to the alarming rise of self-immolation by Tibetans as a desperate act of protest against China’s complete and utter dominance. And it is a striking word picture, underlining better than almost anything else, Professor Halper says, China’s immense fear of the Tibetan story, the narrative that has entranced not just Hollywood, but much of the world.

Professor Halper should know. Along with his wife, Dr Lezlee Brown Halper, he wrote Tibet: An Unfinished Story, which was published in the UK this year and is headed for the US and South Asia next year.

The book, according to OUP, lays bare “the mythologizing of Tibet in the West” and how it doesn’t really help the Tibetan struggle for freedom, which “is often in the news” but has simply evolved into so hopeless an act of protest as setting oneself on fire.

Is there a need for something similar for Haiti? A book that recounts the unfinished story. Some might offer Laurent Dubois’s ‘Haiti: The Aftershocks of History’ as a nuanced recounting of its political, economic and social history from the colonial era to the present.  But, as The Economist review put it, Professor Dubois’s admiration for “Haitians’ ‘counter-plantation’ system—communitarian, small-scale agriculture, borne out of a rejection of anything that looked liked the mass farming for export of the slave era… demonstrates a central irony of Haitian history: the country’s birth in a heroic slave revolt has made its citizens uneasy with the economic system most likely to alleviate their misery.”

Someone needs to write ‘Haiti: An Unfinished Story’.