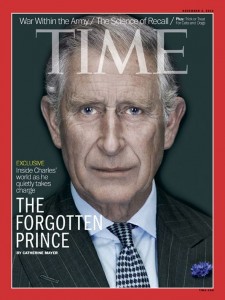 Prince Charles – putative king of Britain for as long as anyone can remember; fiendish ex-husband of the sainted Diana to the Diana groupies, and father of Princes William and Harry to the sentimental – becomes a pensioner today. November 14 is Children’s Day in India because Pandit Nehru generously created a special 24 hours for his newly independent country’s youngest citizens.

This is a bit of trivia mentioned by the Prince himself, in the run-up to his birthday cake, as he stopped off in India en route to Sri Lanka’s troubled Commonwealth summit. There, he will have the dubious honour of serving as acting head of this fractious and faintly mouldy body which boasts a global reach sans a solid planetary reason for continued existence.

In Mumbai, the Prince tried to get India’s poor little rich kids – the Ambanis, Mahindras, Parekhs etc – to open their wallets wider, give generously and freely, especially to the British Asian Trust. The Wall Street Journal blog on the bunfight is available to read here.

What’s particularly striking about the account is the utterly banal round of activities that poor Prince Charles is now reduced to, especially when overseas in the “former colonies”. Giggly (if good) actresses, desperate (if rich) housewives, social climbers, champagne do-gooders. Depend on it, Charles and Camilla’s visit to India must’ve featured on the entertainment pages of the Indian papers, if at all.

I know he’ll preside over the Commonwealth Heads of Government Meet on Friday but it strikes me, having followed Prince Charles’s words – and works – professionally, and then with growing personal interest over the years, that it is sad he is so often dismissed as an irrelevance, a man who’s been king-in-waiting so long he didn’t even have the nous to stay dashing as he served out one of the longest apprenticeships possible. He’s been edited out of stories as much as feasible and recently, when he graced TIME’s front cover it was as ‘the forgotten prince’.

That forgetting – as eviscerating as any other form of humiliation – started as soon as he grew physically slower, his hair thinned and he started to look more like an old codger on the 94 from Shepherd’s Bush to Holborn. With a free bus pass for the rest of his life, something Prince Charles is entitled to from today.