The Economist has spoken. Is Narendra Modi prepared to listen? 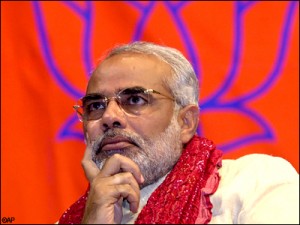 As a warm admirer of The Economist (and one who counts herself privileged to write for it every now and then), I have to wonder at the paper’s rather finger-wagging injunction to Narendra Modi. Does it really think Mr Modi will be persuaded?

In its analysis of the growing enthusiasm for Mr Modi as prime minister and whether this would save India or wreck it, The Economist lists, in its inimitable way, the reasons it finds him appealing. These are well in line with its own description of its customary editorial stance: “The Economist considers itself the enemy of privilege, pomposity and predictability. It has backed conservatives such as Ronald Reagan and Margaret Thatcher. It has supported the Americans in Vietnam. But it has also endorsed Harold Wilson and Bill Clinton, and espoused a variety of liberal causes: opposing capital punishment from its earliest days, while favouring penal reform and decolonisation, as well as—more recently—gun control and gay marriage.”

But it firmly draws the line at pogroms. No matter how entrepreneurial and engaging some of those involved, even if only by “neglect”.

The paper points to Mr Modi’s attractive attributes – being “a man of action and an outspoken outsider in a political system stuffed with cronies.” It points out, quite correctly, that Mr Modi’s “success is down to drive and ambition.” And that “in a system shot through with corruption, he seems pretty clean.” It finds it refreshing that he talks of replicating Gujarat’s growth, industrial development and improved infrastructure across India instead of promising “subsidies and largesse for special interests.” This is a politician, says The Economist, “who could save India and greatly benefit hundreds of millions of the world’s poorest people.”

But then it gets to the nub of the matter. The 2002 Gujarat riots, which it describes as “the dreadful pogrom that happened on Mr Modi’s watch.”

While judiciously acknowledging the patchy communal record of the Congress party, the paper diagnoses Mr Modi’s refusal “to show remorse …(and) wear a Muslim skull-cap” as deeply disturbing. He needs to unambiguously demonstrate that he “abhors violence and discrimination against Muslims…otherwise, this newspaper will not back him,” it warns.

It is hard to imagine Mr Modi quailing at the thought of such a prospect. But stranger things have happened. Is Narendra Modi listening?