Joy to the world, Christmas time is becoming the collective sabbath 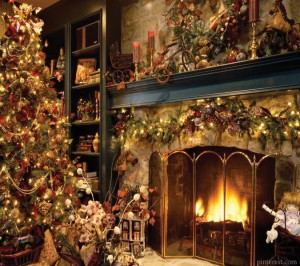 Christmas is becoming so popular even the Muslim Council of Britain has been moved to send out a seasonal card with the message, “Keep calm, it’s Christmas…Don’t panic! Christmas is not banned”.

The secularization of Christmas has made it enormously appealing to many Jews, Muslims and Hindus, as Jonathan Freedland notes in The Guardian. His piece, headlined “My home used to be a Christmas-free zone. No longer”, quotes the manager of a kosher deli in a Jewish area of London to report a run on turkeys: “Two weeks before Christmas, we already had up to 100 orders. We always see quite a big demand.”

As Mr Freedland says, “these aren’t Jews who’ve forgotten their roots: they still care enough to eat kosher food. But on 25 December they want to eat turkey, just like everyone else.”

So here are three reasons to spread Christmas cheer no matter your faith (or lack of one):

Holidays are about lots of good food and good fun and Christmas is as good a time as any to do this, especially when billions of people around the world are doing the same thing. As Mr Freedland writes, “it is a kind of collective Sabbath”

Christmas is becoming a little like Thanksgiving, when people with hyphenated identities add something from their own culture to a great American tradition. As Ayesha Kazmi, a Pakistani–American, described it some years ago in an evocative newspaper piece headlined ‘As Muslim American as apple pie’: “the biryani sits next to the 22lb turkey every year at my family’s crazy thanksgiving dinners”.

The church may frown upon the secularization of Christmas but it is taking over the world.