Sochi: A city limited by an impossibly high bar and the Putin effect 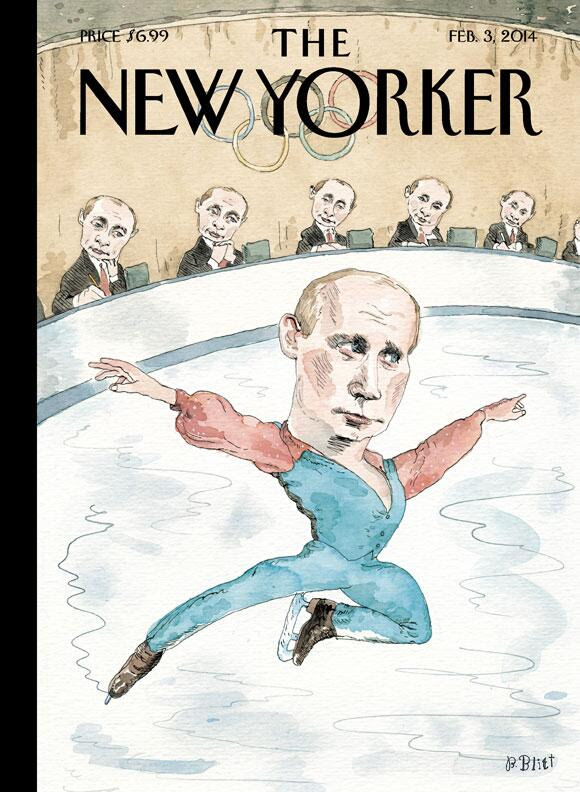 It shouldn’t have been this way for an ancient city, but Sochi has gripped the world’s attention for all the wrong reasons. As the New Yorker cover (right) illustrated all too well in the countdown to the Winter Olympics, Sochi appears to have become synonymous with Vladimir Putin. More particularly, the Russian President’s nifty moves as he skates on thin ice, manouevring surefootedly (with the occasional cantilever) over terrain the Western world finds profoundly difficult – a law that frowns on homosexual propaganda; security concerns; Russia’s destabilizing hold on Ukraine. As ‘The New York Times’ put it, Sochi has become a “high bar” for Mr Putin because “Russia is unlikely to win the medal its leader covets most: acclaim as a moral model.”

It is a shame for, if ever there were a city that lends itself to magic realism it is Sochi. There is evidence – a cave protected by UNESCO – that early humans migrating from Asia Minor lived here. The Akhshtyrskaya Cave contains human remains, early tools and animal bones. Sochi was part of historical Circassia. Successive invaders were splendidly named – Cimmerian, Scythian, Sarmatian. Its people, the superbly christened Zygii, lived under the Kingdom of Pontus (which sounds like something out of ‘The Lion, the Witch and the Wardrobe’).

Add geography to its bewitching history and Sochi is Russia’s largest resort city, one of those rare places in Russia with a subtropical climate.

What’s not to like? Except for the Putin effect perhaps?