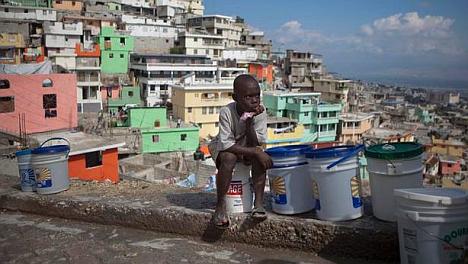 Poor or not, and we know this well from Haiti and the Democratic Republic of Congo, as Edward L Glaeser’s excellent paper points out, the pace of urbanization cannot be denied. With generally dreadful results.

As Mr Glaeser, who’s with Harvard’s Economics Department writes, “Between 1950 and 2010, the world’s urbanization rate increased from under 30 per cent to over 50 per cent (United Nations, 2012). In countries such as China and Korea, urbanization accompanied income growth, following a familiar historic pattern. But the more surprising fact is that there are many countries, including Pakistan, Haiti and the Democratic Republic of the Congo, in which significant urbanization occurred despite persistent poverty and problematic politics.”

The rise of urbanization in poor countries is a relatively recent phenomenon and Mr Glaeser reminds us that till 1960, they urbanized at a rate less than 10 per cent. Their citi-fication is a devastating trend because a poor megacity still has the same “adverse urban externalities that have troubled western cities for centuries, such as contagious disease, traffic congestion and crime.” Mr Glaeser adds that just like other megacities, they are also beset by high housing costs. But unlike their richer cousins, these poor cities have neither the economic nor institutional capital to fix their problems. They must always be dense, dirty, diseased, depressing and poor. Unless Nature intervenes? And sometimes not even then.