Why slinging (mud) in the rain is par for the course in Port au Prince, Haiti

This blog should really have appeared on Tuesday, April 1, except that it might have been dismissed as a mischievous fictional April Fools Day prank masquerading as news. Except that it isn’t. (Click here for a pithy round-up of some of the more bizarre stories that sound like April Fools Day bogus news but happen to be true. Like the rats as big as cats  roaming the streets of Birmingham. And the Brittany traditionalists upset by the spread of multiple cheek kissing.)

So I waited and here, dear readers, are some photographs of what happened to the ‘road’ (if you can call that pot-holed stretch of craters a road) right outside my home, in Tabarre, Port au Prince, after a spell of heavy rain. 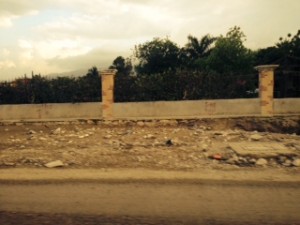 Rivers of mud and trash floated down the ‘road’, leaving it a swampy, unnegotiable mess.

By the way, it made the local news, which says something about how dreadful it must’ve been even in a city used to bad or no roads.

(N.B.: The photos were taken several hours after the worst was over.) 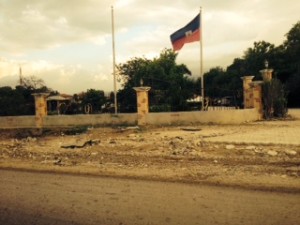 The point about these photos – and the muddy swamp of a road – is what it says about governance, planning and execution in Haiti, especially its capital Port au Prince. 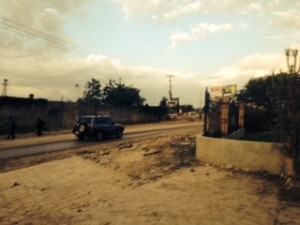 The soil had been smartly acquired by the local authorities to level the road.

It would have been a good idea had they paved the road right after laying down the soil.

They didn’t and the rains (slightly early, yes, but not so much as to be entirely unexpected) washed all the soil down the road, leaving it worse than ever before.

As William Penn wrote, in the countryside we see the works of God; in cities little else but the works of men.

Especially, the more ham-fisted ones in poor megacities like Port au Prince.