Jobs for the boys. And girls: Lessons from Oklahoma City for Haiti’s capital 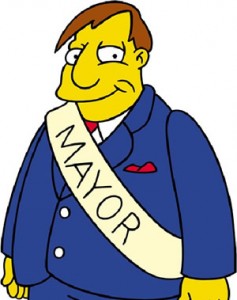 You’ve got to like a mayor who believes that the quality of life in a city is a 360-degree concept, one that includes public safety, economic development and job creation. But that’s exactly what makes Mick Cornett of Oklahoma City startlingly original. And different. At least according to this rather lyrical account of Mr Cornett’s life and times. And preoccupations.

These include putting the whole city on a diet (it lost one million pounds). And completing several public works projects that spanned commitments going back years. (It’s true that Oklahoma City has had some considerable success in the oil and gas industry, but some of the warm and fuzzy feeling also comes from Mr Cornett’s attempts to make life better.)

Mayor Cornett’s views seem especially noteworthy for poor megacities like Port au Prince. Consider his belief that “the jobs will come if you can create a city where people want to live.”

The desperate need for jobs – real jobs, which pay real wages – is achingly obvious here in the heaving Haitian capital. Would that it had a Mike Cornett. And a little bit of luck.