The Medellin template: A city-makeover that everyone can believe in 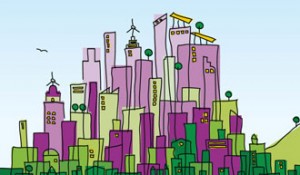 Nobel laureate Joseph Stiglitz recently wrote about city-makeovers, with special focus on Medellin, where the UN held its ‘Cities for life’ jamboree last month. It was attended by Haiti and 159 other countries. (Click here to read my blog on what the Port au Prince rebuilding czar Harry Adam might have usefully contributed. And click here to read my March 12 blog on the World Urban Forum, which is organized by UN-Habitat every two years). Anyway, Professor Stiglitz, himself an honoured guest at this year’s Forum, describes its location as symbolic of the remarkable change that can occur when a city sets its mind to transformation. Once notorious for its drug gangs, he recalls, “Medellín now has a well-deserved reputation as one of the most innovative cities in the world. The tale of the city’s transformation holds important lessons for urban areas everywhere.” This is enormously heartening, especially from where I sit. Port au Prince is a poor, heaving megacity beset by the very worst problems that come with overcrowding, systemic disarray and a crippling shortage of resources. In the 1980s and 90s, Medellin was considered a bad place to live (but for different reasons to the Haitian capital) but now, as the Professor points out, the city is actively chipping away at the social and economic barriers between the slums and elsewhere. It started a decade ago with a visionary mayor, Sergio Fajardo, and now, Medellin really has cleaned up its act. Where is PaP’s saviour? Is there one?