Slavery and African-Americans: Without the first, the second would not exist 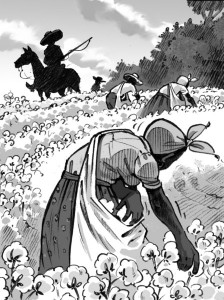 As with much that it writes, The Economist is spot on about the sheer “nonsense” that’s being talked about reparations for slavery. Ask not, it says, if black people are owed nothing because they are better off in America than they would be in Africa. Instead, ask if African-Americans would be better off if their ancestors had come to America as freemen. Under those conditions, there would still be a class called “African-Americans” and it would not have come into being on account of slavery.

The reason for The Economists fulminations on the issue is Ta-Nehisi Coates’s recent article on reparations in the Atlantic. The Economist blogged about it, provoking all sorts of counterfactual responses that it deems as “absurd”.

In other words, counterfactual history only makes sense if it keeps to the facts. You can’t eliminate reality with a counterfactual question and then try and answer it.