Haiti’s attempts to tackle Chikungunya: Ham-handed or the only way? 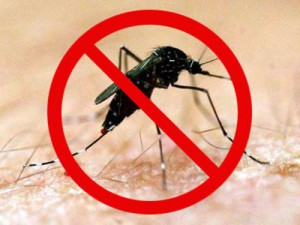 On Tuesday night, I witnessed, at first hand, some of the Haitian government’s attempts to tackle the spread of Chikungunya. A small truck rushed through a crowded marketplace trailing huge white puffs. It looked like something out of Harry Potter but the hapless pedestrians and stallholders didn’t look entranced. Instead, there was a scramble to cover up nose and mouth. The foodsellers tried ineffectually to screen their wares.

It was astonishing to see the Haitian authorities merrily blitzing mosquitoes (and their people). Especially when you consider the care usually taken when using adulticides, or adult mosquito control to rapidly knockdown biting adult mosquitoes. This is done by means of ultra-low volume spraying, which is also occasionally called cold fogging. The process involves putting very small amounts of liquid (typically 4 ounces per acre or less) into the air as a fine mist of droplets, usually when mosquitoes are most active –early evening or pre-dawn.

While no pesticide is ever totally safe and there is an urgent need to fumigate here in Haiti (as also, more importantly, use larvicides), according to California Department of Health Services’ Division of Environmental and Occupational Disease Control and Division of Communicable Disease Control, it’s best to minimize exposure by using a number of simple, common sense measures. These include:

“• Pay attention to the local media for announcements about spraying and remain indoors during applications in the immediate area.”

In Port au Prince, on Tuesday night, people seemed to have no recourse to such basic common sense steps.