Dubai city: Perils of being the eternal transit point to everywhere 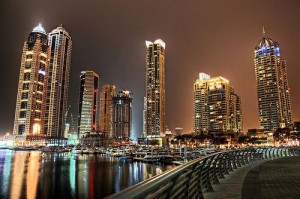 Dubai is a city of gold because it has its head in the clouds. Literally. It is situated within eight flying hours of two-thirds of the world’s population, as The New York Times admiringly points out, and has set up a global hub that can connect virtually any two cities in the world with just one stop.

Unsurprisingly, its airport has gone from number 45 to numero uno, overtaking London’s Heathrow as the world’s busiest international air travel hub. In just five years from now, 100 million passengers will be funneled through every year – peak level for Dubai.

But Dubai shows no sign of stopping its empire of the skies. Having bet audaciously on the future of air travel, its rulers still believe it has an even more glorious tomorrow. Despite the recent downturn and pared down budgets, they are planning a second, larger airport. In the future, where in the world would one go without passing through Dubai?

This is all very well but Dubai’s problem lies when it goes from being a transit point to a destination. A city with two of the world’s biggest shopping malls (including an indoor ski slope) and the world’s tallest tower and a festival that revolves around discounted brands and flights is a pretty shiny, flashy, faux-real proposition.

As they say, if you go to Dubai keep going. If you stay, you get to explore a curated collection of the world’s best luxury hotels.