Dawdler-settler vs determined immigrant: Ode to the culturally in-place 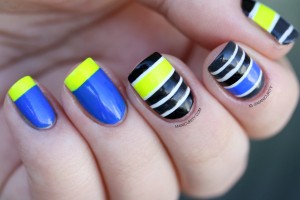 “I’m not a true heir to any culture”, writes Nabeela Jaffer in Aeon magazine, explaining that she’s ethnically Indian, her ancestors left India for East Africa more than a century ago, and her parents share only two languages, English and Swahili, of which she can speak just one.

Consequently, as an adult, Ms Jaffer – @NabeelahJ on Twitter – admits she has “appropriated things from my parents’ culture and other places – picking the bits I like and discarding the rest.” She asserts that she is “not alone: you might count yourself among the growing mishmash of cosmopolitans, for whom cultures are like ill-fitting second-hand coats, moulded by the shoulders and elbows of the deceased. Like Williams and Walker, I wonder which side of the line of offence we fall.”

Ms Jaffer explains the lack of a decisively monocultural inheritance as a common feature of second-generation immigrants.

She’s right but it doesn’t end there. What of that other kind of cosmopolitan, the one who’s not a second-generation immigrant but has always lived (in their head and/or for the decisive part of their life) all over the world? How about someone who isn’t an economic migrant, didn’t leave their country of birth as a planned orderly departure, but just happened to settle elsewhere in the world? I like to think of people like this (myself indeed) as dawdler-settlers, not determined migrants. We never planned to leave, we just never returned for good. We’re generally not particularly sentimental about the motherland, or our adopted country or countries. We boast the cultural habits that we grew up with (and these might have included elements of a foreign/Western culture). And we acquired some new ones that allow a proper appreciation of a deliciously more-ish Pimms any briefly warm summer’s day in London. And an authenticTexas chili while in America. And we continue to be equal opportunities offenders (ie trenchant critics) of the mother country and our foster ones.

Does this mean we’re always betwixt and between, irrevocably culturally displaced? Or, always culturally in place?