Don’t think of an elephant. Or development work. Call a spade a spade 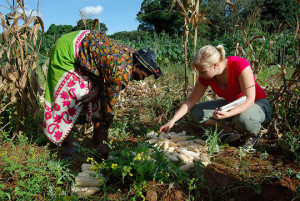 Development is a loaded term now, unless you’re a property developer, an IT developer or a fundraiser, says Deborah Doane.

She should know. She was formerly director of the World Development Movement.

In a thought-provoking piece for The Guardian, Ms Doane argues that the development sector as a whole needs to separate itself from the rather woolly, vaguely well-meaning word ‘development’ and describe itself in terms of what it does. Global poverty. Rights-based. Or whatever. Click here to read The Guardian piece.

Language matters, she says, pointing out the sensible suggestion offered by George Lakoff, Barack Obama’s first presidential election advisor in his book ‘Don’t Think of an Elephant’ around the term “tax relief”. This implies that tax is something we need relief from, rather than investment in common services and changes the way people engage and where policy leads.

So too ‘development’ work. As also the term ‘developing’ for countries that aren’t yet at the ‘developed’ stage, which is to say boasting strong rule of law, accountable governance, social justice etc. ‘Developing’ countries, says Ms Doane, are not necessarily poor, they may simply have large numbers of poor people and poor systems to match.

Hard to disagree, having lived in many ‘developing’ countries (recently India, Afghanistan) and then in a ‘least-developed’ one like Haiti.

As Ms Doane says, ‘developing’ countries “may have a wealth of resources, either in the form of mineral, agricultural or human capital, but suffer from policies that have been imposed on them, or poorly implemented…We have shied away from being bolder about what many in development know to be the real solutions: stronger rights and accountable governments.”

The US Agency for International Development knows this in spades from its gargantuan projects in Haiti, Afghanistan and elsewhere.