Peace in our time? Noam Chomsky remains fierce but not without hope 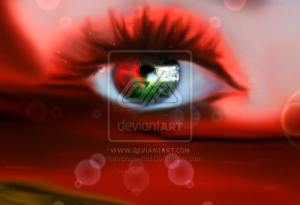 For all his fierce, unblinking, hard-eyed state of loving un-affection for his country’s policy on Israel, Noam Chomsky is not so cynical as to believe there is no hope.

In a recent interview to TruthOut, on the publication of a new anthology of his writings (‘Masters of Mankind: Essays and Lectures, 1969-2013’, pub. Haymarket Books), Professor Chomsky said he detected hopeful change. He said he could see a distinct change in domestic American popular sentiment on the Palestinian issue, “particularly among younger people, including the Jewish community.”

Significantly, Professor Chomsky said he had experienced that shift “personally…Not long ago I literally had to have police protection when I spoke on these topics on college campuses, even my own university. That has greatly changed. By now Palestine solidarity is a major commitment on many campuses.”

Peace in our time then? Perhaps over time, he says  “These changes could combine with some other factors to lead to a change of US policy. It’s happened before. But it will take hard, serious, dedicated work.”

More to the point, the Professor dissipates the interviewer’s pessimism about the future of our species by quoting the line from the Analects, defining the exemplary person, ‘the one who keeps trying, though he knows there is no hope’.

And he says, “if we succumb to despair we will help ensure that the worst will happen. And if we grasp the hopes that exist and work to make the best use of them, there might be a better world. Not much of a choice.”

(Tomorrow, ‘Why Noam Chomsky’s defiant optimism is almost out of this world’)